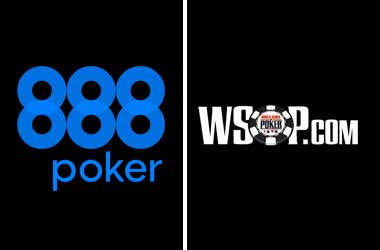 Michigan and Pennsylvania are set to welcome another online poker site into their respective jurisdictions. 888poker, which powers the WSOP.com software, will expand its online poker offerings to both states in the “next couple of months“.

888poker’s parent company 888 Holdings PLC made the announcement during its recent Q1 2021 investor’s call, with the firm’s CEO Itai Pazner indicating that WSOP.com will launch in both the Wolverine and Keystone State in the first half of the year.

This means poker players across both states can expect WSOP.com to go live by the end of June, if things go according to plan.

888poker has already been granted a license to operate in the Keystone State. It has yet to obtain regulatory approval from the Michigan Gaming Board, but Yaniv Sherman, Senior Vice President and Head of US at 888 Holdings earlier stated that they’ve already began discussions about Michigan licensing, meaning the operator is expected to be given the green light in the Wolverine state very soon.

Since 888poker is already licensed to offer online poker in PA, WSOP.com could launch there first. At the moment, there are two online poker sites operating in the Keystone State – PokerStars and BetMGM Poker. Both are also serving Michigan players.

WSOP.com’s upcoming launch in both states opens up the possibility of a much bigger WSOP Online Bracelet festival, but that’s if the ongoing Wire Act issue is finally cleared.

The Wire Act issue has been taken to the courts, and so far, online poker is winning. But given the lengthy and complex processes involved in gaming legislation, it’s highly unlikely that both MI and PA will join the interstate poker deal this year, even if the Wire Act battle ultimately results in victory for the online poker industry. Currently, the states of New Jersey, Nevada and Delaware are part of the agreement.

Players in both the Wolverine and Keystone State may have to miss out on the 2021 WSOP Online Series, but could finally participate in a similar festival in the near future.

Poker 8 To Debut in US Via MI or PA

The upcoming launch of WSOP.com in MI and PA will be accompanied by the rollout of Poker 8 which is 888poker’s latest software platform which was initially introduced across regulated markets outside the US in 2019 and 2020. The new cutting-edge platform features significant improvements in design and graphics, functionalities, and the overall desktop and mobile experience.

After Poker 8’s rollout in Michigan and Pennsylvania, it will then be launched in WSOP.com’s New Jersey and Nevada clients, as well as the 888poker platform in Delaware.