PokerStars To Face Competition From WSOP In Pennsylvania

PokerStars To Face Competition From WSOP In Pennsylvania 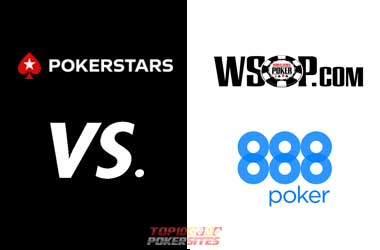 PokerStars is currently the only online poker operator serving Pennsylvanians since the Keystone state launched its regulated online gaming market last year, but that could soon change as another major brand is preparing to go live in the Keystone State.

The World Series of Poker (WSOP), through its partnership with prominent international online gambling firm 888 Holdings, will become PokerStars’ main competitor in the Pennsylvanian online poker market once it receives the green light from the Pennsylvania Gaming Control Board (PGCB).

Back in April, 888 Holdings CEO Itai Pazner hinted that the WSOP poker site was preparing to launch in Pennsylvania. The site is currently serving players in New Jersey, Nevada, and Delaware. While the official PA launch date remains unknown, the state’s gaming board recently confirmed that the 888poker platform was actually ready to go and was just awaiting approval.

Doug Harbach, Director of Communications at the PGCB, said they are currently in the process of reviewing things and ensuring that all regulatory requirements are met.

PokerStars officially opened the PA online poker market in November 2019, through a partnership with Mounty Airy Casino Resort. No other online poker operator has since been granted approval to cater to local players.

Since its entry in Keystone State, PokerStars has remained uncontested, enjoying stable growth. Its online poker revenue in the state skyrocketed in April, reporting $5.25 million – the largest revenue generated by an online operator in any US regulated online poker market. When the coronavirus lockdown began in mid-March, forcing the closure the state’s land-based casinos, the site’s online traffic also surged.

Its tournaments have also been hugely successful, from the Pennsylvania Championship of Online Poker (PACOOP) to the record-breaking Pennsyl-MANIA which took place in May. The tournament ended up awarding $515,964 in total prize money, more than double its initial guarantee of $250K, creating yet again a new record. The event was won by D-Low1527 for $69,670.79.

With the potential entry of the WSOP, PokerStars is set to face tough competition. The prominent brand will go live in Pennsylvania via a partnership with Harrah’s Philadelphia, a casino owned by Caesars Entertainment Corp.