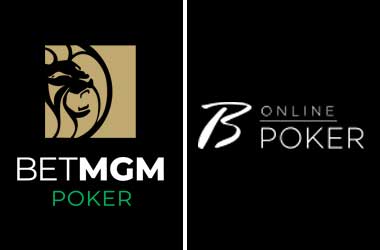 PokerStars’ online poker monopoly in Pennsylvania has officially come to an end as BetMGM Poker and Borgata Poker launched their online poker rooms on April 27, initially going live under a two-day testing phase, during which all aspects of the sites are tested and examined to make sure they’re functioning properly.

The soft launch has been confirmed by the Pennsylvania Gaming Control Board (PGCB). Both sites are expected to operate normally before the end of this week.

The PGCB has also confirmed that both BetMGM Poker and Borgata Poker will share the same player pool, meaning players from both sites can compete with each other in playing cash games or tournaments. Pennsylvania has now become the third state to support an intra-state online poker operation, next to New Jersey and Delaware.

For local players wanting to try out the new sites, here’s what they can expect. Since both operators share the same software platform, players will notice a lot of similarities especially when it comes to the design and appearance, game choices, and functions.

These two online poker rooms have kept things very simple with their design and features. The clean look makes it much easier for players to focus on their gameplay. Players may select games by clicking on the designated tabs for “Cash Games“, “Tourneys“, “Sit & Go“, “Fast Forward” and “Spins“. They will be able to access tournaments they’re currently registered by going to “My Tournaments“.

The game types offered by both sites are limited at the moment. Players can only get to choose among three variants – No-Limit Hold’em, Fixed-Limit Hold’em, and Pot-Limit Omaha (Hi and Hi-Lo). This is in contrast to PokerStars PA where players can find a wide range of games and variants.

Both of the sites’ cash games can accommodate players of every level, from the micros up to the higher stakes. In terms of tournaments, both BetMGM PA and Borgata PA offer plenty of tournaments running on a daily or weekly basis. These tourneys also come with guaranteed prize pools.

With PokerStars PA now facing competition, the online poker industry in Pennsylvania is expected to achieve more growth, as the state looks forward to welcoming more operators into its newly-regulated online gaming market.