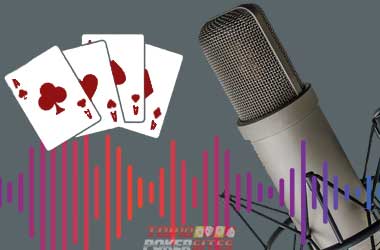 Each poker commentator brings their own style, commentary and personality to the commentary of a poker tournament which takes place online or live adding to the excitement of the game.

In this article, we have picked the top five poker commentators based on their reputation, longevity, poker community feedback and their expertise. We have also listed a few more names at the end of the article who are also good poker commentators in their own right.

Recreational and professional poker players love participating in tournaments but they cannot play every poker tournament due to limited bankrolls, logistics and time constraints. This is one reason why a lot of poker fans tend to tune into poker TV shows, podcasts and live streams of vloggers to watch poker tournaments and listen to poker commentary.

A good poker commentator is someone with in-depth knowledge of the game, has the ability to quickly describe what is taking place at the table, is willing to let the player enjoy the spotlight instead of trying to steal it for themselves and has the respect of the poker community.

5 Poker Commentators To Keep An Ear For

We put together a list of top 5 poker commentators based on these criteria.

Mike Sexton died on September 6, 2020, at the age of 72 but he continues to live in the hearts of poker fans worldwide who will never forget his amazing commentating skills.

Sexton is arguably the best poker commentator of all time and is best known for co-hosting World Poker Tour (WPT) broadcasts on Fox Sports Regional with Vince Van Patten.

Sexton did his commentary stint with the WPT for 15 years, starting in 2002.

The WPT along with the World Series of Poker (WSOP) attracts recreational poker players through its television episodes. Patten and Sexton directly addressed that audience in an entertaining and optimistic commentary style, getting them more passionate about poker. The duo attracted more players to the game than any other poker host or commentator.

As a talented poker player, excellent commentator, and promoter of partypoker, Mike Sexton was among those responsible for the poker boom at the turn of the millennium. He played a significant role in creating the golden age of poker, in which online poker grew fast and tournament prize pools swelled to millions.

Sexton won more than $6.7 million playing live poker tournaments, a WSOP bracelet in 1989, and a WPT title in 2016. He reached the WPT final tables thrice and the WSOP final tables 23 times. He finished ninth in the $1 million Big One for One Drop Tournament in 2012 and won $1 million in the invitation WSOP Tournament of Champions on ESPN in 2006, during which he beat Daniel Negreanu in a heads-up match. 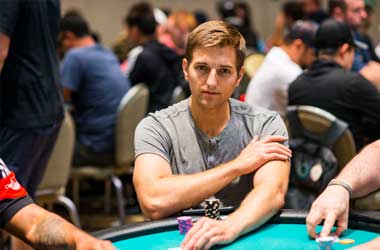 Tony Dunst joined the WPT in 2010 as the co-host of its TV shows with Vince Van Patten and Mike Sexton. He won the role after defeating many others who participated in the open casting competition.

While commentating for the WPT Raw Deal, Dunst analyzed some of the most lucrative poker hands.

He commentated for 140 Raw Deal segments, and his commentary made the Raw Deal one of the most exciting segments of the WPT final tables.

When Mike Sexton retired from his booth role in May 2017, Tony Dunst took over as the WPT co-commentator with Vince Van Patten. He started by lending his voice to WPT Choctaw, the first televised event of the sixteenth WPT season.

After Dunst joined the WPT as a commentator, the poker tour expanded to 60+ locations worldwide, partly because his commentaries helped popularize the game and get in a bigger audience. 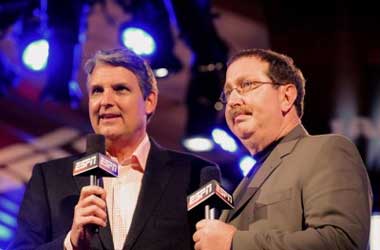 In an interview with Awful Gambling, published on Jan 6, 2022, professional poker player Norman Chad shared the story of how he got into poker broadcasting.

Calling it “an accident of fate”, he said that he was neither a broadcaster nor a poker pro at the time.

He was working for ESPN, which decided to broadcast more poker shows and requested him to help with the broadcasting.

Along with Lon McEachern, Norman Chad has been the most popular voice of the World Series of Poker (WSOP) on ESPN since 2003. The two are internationally acclaimed for their informative, lively, and fun commentary on poker events.

After graduating from college, McEachern worked in the broadcast industry only to quit it to become a mortgage banker in 2002. ESPN requested him to cover poker in 2003 and teamed him with Chad to commentate for WSOP events. After joining ESPN as a WSOP commentator, he also lent his voice to the United States Poker Champion and many other poker events aired on ESPN.

Norm and Lon, as they are affectionately known, described the historic win of Chris Moneymaker in the WSOP 2003 Main Event. Their colorful commentary made the now Poker Hall of Famer Moneymaker a household name and inspired thousands of aspiring poker players all over the world. The duo also popularized poker episodes on ESPN.

When the WSOP broke up with ESPN and signed a deal with PokerGo, which became its official streaming partner, poker fans were worried that they would lose Norm and Lon. But fortunately for the fans, PokerGo signed a deal with the pair and brought them in as commentators.

This year, the WSOP shifted to Bally’s and Paris Casino Las Vegas and released a video tour of the new venue featuring the famous commentator pair. 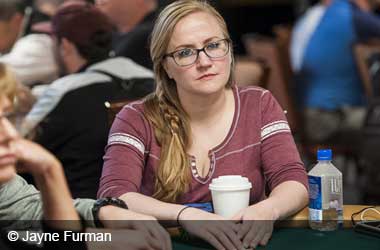 Along with being a tournament and cash game pro, Jaime Kerstetter is a poker commentator, a host, a social media influencer, a writer, and a content manager.

Kerstetter is a commentator for Run It Up, PokerGo, the WSOP Main Event, and the WPT on ESPN. Also, she is the co-host of The Rake, a weekly poker podcast run by the now defunct online poker room Run It Once.

In 2019, Kerstetter won the “Twitter Personality of the Year Award” and became a nominee for the Global Poker Award in the Broadcaster of the Year category.

Kerstetter has also hosted Poker Night in America (PNIA), a television show featuring Sit and Go tournaments and cash games Heartland Poker Tour, a US poker tour and TV program. Her skills as a host and commentator made her a commentator for WPT live streams and broadcasts of the WSOP Main Event on ESPN.

She also hosts two podcasts, the Run It Once Podcast with Marle Spragg and the LFG Podcast with Chad Holloway.

After enjoying immense success at the poker tables, Ho decided to use the communications degree she had earned at the University of California in San Diego to become a poker commentator.

In addition to playing poker at televised events, she anchors, commentates, and interviews poker personalities. She also bagged the Global Poker Awards in 2019 under the Broadcaster of the Year category.

Ho provides enthusiastic commentaries on international poker festivals, events, and tours. She worked as a commentator for PokerGo during the US Poker Open, the WSOP, the Super High Roller Bowl and the High Roller Triple Crown.

In addition to logging analyst duties with the WPT, Ho has hosted TV shows like Deal or No Deal, Hollywood Week, and The Amazing Race.

According to The Hendon Mob, Ho has won $4,408,407 playing live poker tournaments. She is also a Women in Poker Hall of Fame inductee. You can find more about her on our first poker player spotlight we did last month.

One of the main reasons why poker has grown so much in the last two decades is due to the fantastic poker commentary that adds to the game.

Great poker commentators like the ones we’ve mentioned above add wit, humor, analysis and great insight into the game that captures audiences around the world and lets them be a part of the game.

The next time you watch a poker TV show like PNIA, pay extra attention to the poker commentary and you will see what we mean!