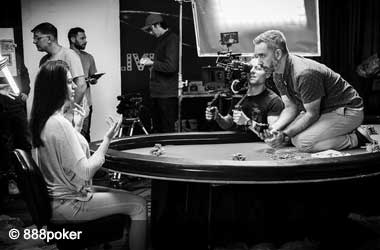 Have you ever wondered what it is like to make a living as a professional poker player? If so, you should watch as many poker player documentaries as possible.

On the surface, the lives of professional poker players appear to be full of glitz and glamor. Poker player documentaries help us take a deeper look into a poker pro’s life and catch glimpses of the trouble and turmoil, the hard work, and the tears that form part of playing poker professionally which poker movies may not do.

Poker Player Documentaries We Think You Should Watch

Here are five poker documentaries that give you a deeper look into the lives of professional poker players and teach a lot about the game.

It is the first feature-length documentary from PokerStars Original Films. Daniel Negreanu a climate change activist was an ambassador for PokerStars for 12 years till he moved on in 2019.

The documentary traces the journey of Daniel Negreanu, right from his childhood to the time he became one of the most successful professional poker players across the world. The documentary was released on Netflix in 2016, and can be watched if you live in New Zealand, Australia, Canada, the UK, Ireland and the US.

The documentary takes you on a tour of Negreanu’s personal and professional life, starting with his childhood in Canada, moving to his pool-hustling days in Toronto, and highlighting his emergence as a high-stakes poker player in Las Vegas. It sheds the spotlight on his first poker accomplishment of winning the World Series of Poker (WSOP) bracelet at 23, becoming the youngest poker player to accomplish such a feat, and how he earned the nickname of “Kid Poker“.

The documentary shows how he progressed from playing regularly at lucrative poker tournaments to becoming successful in televised poker events. You can see how he realized his dreams and became a poker superstar who has now earned over $46 million in live poker tournaments and entered the Poker Hall of Fame.

“All In: The Poker Movie” tells the story of the poker boom within a run-time of 1h 40m.

The documentary examines the various factors responsible for the Poker renaissance and explores why so many consider poker as one of the ways to realize the American Dream.

It highlights the accomplishment of Poker Hall of Famer Chris Moneymaker, who was unknown till he won the WSOP Main Event in 2003 and went on to become an overnight millionaire.

Many poker celebrities and professional players appear in the documentary and share their opinions of the game. The documentary traces the evolution of poker from a game of vice to a mental sport with million-dollar tournaments and televised events.

The documentary begins and ends with several poker players talking about their feelings when they heard about the federal government crackdown on online poker rooms. We recommend All In: The Poker Movie for everybody who wants to know the history of poker.

Poker fans in the United States know how Black Friday ruined the lives of several professional poker players. “Bet Raise Fold” is a documentary that tells the story of Black Friday, the day the US federal government cracked down on online poker rooms and forced them to leave the American market.

On April 15, 2011, the US federal government cracked down on Absolute Poker, Full Tilt Poker, and PokerStars.

Online poker players who earned their living playing poker on these sites refer to this day as the Black Friday of online poker. In addition to destroying the lives of those who made money playing online poker, the federal government confiscated assets worth millions of dollars.

Written and directed by Ryan Firpo and starring Danielle Andersen, Tony Dunst and Martin Bradstreet, the documentary tells the story of three online poker players and how they handled things after Black Friday which ended up turning their lives upside down on April 15, 2011.

The documentary examines the lives of a chess player, a pickup artist, and a Minnesota Mom who earn their living playing poker games online. Although they come from different social backgrounds, the three players share a passion for poker and the powerful ability to make quick decisions.

The producer of Bet Raise Fold, Jason “Jay” Rosenkrantz, is a well-known online professional poker player, filmmaker, and coach, who played a role in “Two Months, Two Million” a poker reality show. Voicing his poker opinions, he said that the game teaches players to use all the information available at the moment to make a decision and have confidence in that decision.

Bet Raise Fold unveils the conflicts and drama of Black Friday. Producer Rosenkrantz said that the documentary captures the Black Friday drama from a personal point of view, making it a compelling story.

While most media reports of the time focused only on the online poker rooms that had violated US gambling laws, only a few highlighted the plight of online poker players who had lost their livelihood. Rosenkrantz said that the documentary tries to put this right by giving these players a voice.

“One of a Kind: The Rise and Fall of Stu Ungar” is the story of a professional poker player who died in 1998 of a heart disorder caused by drug abuse.

Written and directed by Al Szymanski and starring Jason Blaine, Nicholas Sireci and Rusty Goehringer, the documentary brings to light the turbulence in the life of a brilliant poker player who won the WSOP Main Event thrice.

The only other player to accomplish this feat was Johnny Moss, the first player to win the WSOP in 1970.

Two back-to-back WSOP Main Event wins (1980 and 1981) were the highlights of Ungar’s poker career. In 1997, he won another WSOP main event. Although Stu Ungar shone brilliantly at the poker tables, he suffered intensely in his personal life, struggling with financial turmoil, drug addiction, and family-related issues. Shortly after winning the WSOP Main Event in 1997, he died of a heart disorder caused by several years of drug abuse.

The documentary has professional poker players Doyle Brunson and Mike Sexton offering insights into Ungar’s gaming style. It is worth watching for the way it captures both the brilliance and darkness of Stu Ungar’s life.

Written by Michael Bailey, the poker documentary “For Love or Money” has a star cast of Asher Conniff, winner of the WPT championship title of 2017, Scott Blumstein, winner of the WSOP Main Event of 2017, Tommy Angelo and Michael Rocco.

The documentary presents the attempts of professional poker players Stanley Lee and Chris Leong to win a WSOP bracelet.

Michael Bailey had a purpose in writing and filming this documentary. He wanted to increase awareness of a game that had shaped his life. Bailey’s passion for poker is the only driving force behind this documentary. He had to film, script, and edit the documentary on his own because of a thin budget.

Bailey took all this trouble because he wanted to give back something to a game that had given him so much. Throughout a difficult childhood, he witnessed how friends and family members played poker to help pay the bills, and how this inspired him.

Are you interested in knowing more about female poker pros and what they experience when playing poker? In an attempt to highlight the female influence in the poker world, Sandra Mohr directed a documentary called “Poker Queens“. The documentary, released in 2020, highlights several female professional poker players and includes interviews with the top-rated female poker players Kristen Bicknell, Jennifer Tilly, Barbara Enright and Maria Ho.

Next time you seek inspiration or feel curious about poker or certain poker players, check out the documentaries in our list as you will find it intriguing. You can also improve your knowledge of the game by watching documentaries like Grinders, Ultimate Beat: Too Much to Lose, and Sports Spectacular: World Series of Poker, among others.

Poker documentaries are amazing sources of inspiration and information for players seeking to sharpen their strategies and improve their gaming style. Watching them is a must for those serious about poker.