“Poker Queens” Film Looks To Get More Women Into Poker

“Poker Queens” Film Looks To Get More Women Into Poker 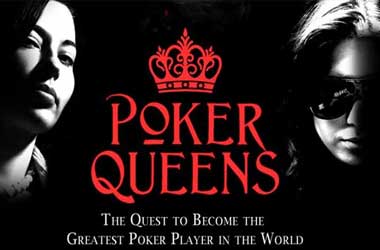 A new documentary on Amazon Prime aims to encourage more women to play poker online and in person.

“Poker Queens” delves into the challenges faced by women in the largely male-dominated world of poker.

If you are a female poker enthusiast looking for some good entertainment during this whole quarantine period, then this new film directed by poker pro Sandra Mohr might just be what you need.

Poker Queens not only shines a light on the common obstacles female players have to go through while competing in the game, it also offers a glimpse of the attitudes of men while playing at the same table against women.

For example, when women raise, the common response from their male counterparts is to call, even if they are holding poor hands. This is because some men always want to show masculine dominance over female players. While this is commonly the case, director Sandra Mohr did not want to put men in a bad light while creating the film. Instead, she wanted to send a message to all aspiring female players that they too can be successful in poker.

The film features some of the best female poker players of this generation, including Jennifer Harman, Kathy Liebert, and Kristen Bicknell and follows their journey to World Series of Poker (WSOP), the world’s most prestigious and longest-running poker festival.

Set in glamorous Las Vegas, the feature length documentary includes raw footage, interviews, candid shots, personal vlogs from players, as well as tournament coverage that show how women do their thing in a male-dominated environment.

While women only account for just a tiny percentage (less than 7%) of poker players today, some female players have actually made a mark and are making it big in the game. Their stories deserve to be shared so that more women are influenced and inspired to follow in their footsteps. Mohr said a lot of women have already reached out to her to express their interest in learning more about the game after watching the new film.

While industry-wide efforts are continuing to attract more women into the game, current statistics show female participation in major tournaments is still relatively small. In the WSOP Main Event for example, female poker players only make up about 4% of the field each year. Which is why more documentaries like Poker Queens should be put out to serve as motivation for women poker is not only for men.

Mohr clarified the film was not created to generate hatred towards men. In fact, she also hopes that men also get to watch the film. You can find it on Amazon Prime.