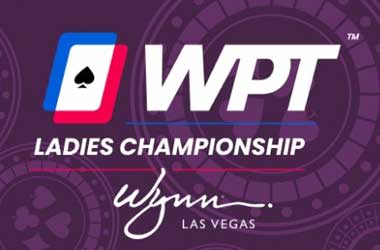 The World Poker Tour (WPT) is hosting a Ladies Championship event as part of the upcoming WPT World Championship Festival at Wynn Resorts this December.

The tournament coincides with the Women in Poker Hall of Fame (WiPHoF) induction celebration which also takes place in the same month.

The WPT Ladies Championship kicks off on December 16, 2022, and features a massive guarantee of $200,000, the largest guarantee for a female-exclusive poker tournament in history, which should entice more woman to get into poker The tournament costs $1,100 to enter, but players have multiple options to qualify for a fraction of the price.

The WPT is partnering with the Women’s Poker Association (WPA) and the Ladies International Poker Series (LIPS) for the upcoming tournament and all three organizations have already awarded Ladies Championship tickets via satellites, online drawings, and at various women’s events held throughout the country.

More Tickets Up for Grabs Until December 15

The ticket giveaway continues on November 27 during a tournament to mark Angelica Hael‘s induction into the WiPHoF. Hael, who has been with the WPT since 2010 and currently serves as the tour’s VP of Global Tour Management, will participate and whoever eliminates her secures a seat into the $1,100 Ladies Championship.

More tickets are up for grabs during two events running as part of the WiPHoF celebration week, courtesy of the WPA. The first one is the WiPHoF Celebration $180 NLHE Hall Member Bounty which will take place at Resorts World on December 14. Hall members taking part in the tournament will each carry a bounty, and one of them is a WPT Ladies Championship entry.

The WPA will also award a $1,100 WPT Ladies Championship ticket to the winner of the WiPHoF $360 Championship which runs from December 13-15 also at Resorts World. The last player standing also takes home a custom necklace by Tierra Fox along with a trophy.

Players may also qualify for the WPT Ladies Championship for a more affordable price by taking part in satellites taking place at the Venetian on November 26, December 3, and December 10. The satellites have a buy-in of $200.

A $200 satellite will also run at Wynn on December 15, just a day before the Ladies Championship get