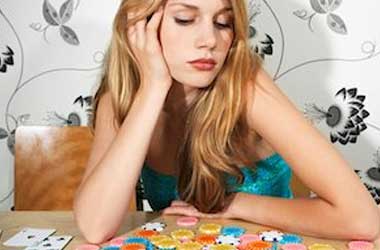 Poker continues to be a male dominated game. While there have been efforts to increase female participation over the years, the figures have remained quite the same with women generally accounting for just about 5 percent of the actual number of players in poker rooms even in 2021.

This means that more needs to be done to narrow the gap, and thankfully there’s been stronger support than ever for women in poker, especially with several women-focused organizations currently working hard to empower female players and provide them with a platform to kick start their careers.

For long-time women in poker advocates such as Linda Johnson, Jan Fisher, Jennifer Harman, Lena Evans and Lupe Soto, improving the status of women in poker requires a collective effort within the industry.

The first step to making it happen is addressing the main issues that deter women from pursuing a career in poker. So why has poker struggled to attract more female players? Here’s what the top women advocates have to say.

# Male Intimidation & Abuse At the Tables

Various studies have shown that being intimidated at the poker tables by their male counterparts are among the reasons why women are discouraged to play poker. Some female players even face bad behavior and verbal abuse from men, especially if they are outnumbered by male players.

Johnson and Fisher aren’t new to these scenarios, and it’s a tough place to be in, according to them. Harman also became witness to such abuse, when a fellow female player was berated by a man during a poker session at the Bellagio.

This needs to change, and Lupe Soto, the founder of the Ladies and International Poker Series (LIPS) and President of the Women’s Poker Association, said poker rooms should not tolerate any form of abuse. A certain standard must be implemented, regardless of the status of the offender. This, as well as holding more female-focused tournaments will help big time in making women more comfortable playing the game.

According to Lena Evans, the founder of Poker League of Nations (PLON), another factor that stops women from playing more poker is the lack of adequate bankroll, and this is what the organization is trying to address.

PLON established an investment group to stake promising female players in tournaments, enabling them to take part in major events without having to worry about the funds.

# Women Must Embrace the Warrior Mentality

The women advocates all agree that poker is a more challenging place to be in for women than men, but this should not serve as a barrier for them to succeed in the game. They must learn to recognize their true worth and strive to rise above the challenges by embracing a warrior mentality.