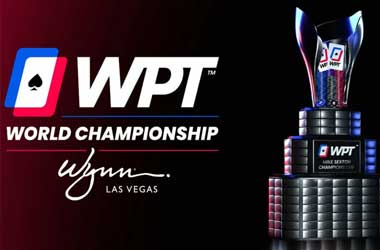 The World Poker Tour (WPT) is set to make history two months from now as it hosts the 2022 WPT World Championship.

The tournament boasts an astonishing $15 million guarantee, the largest guarantee in any single tournament in live poker history.

The poker tournament takes place in the US from December 12-20, with Wynn Las Vegas playing host to the action.

According to WPT CEO Adam Pliska, the upcoming event is one of the “most ambitious initiatives” undertaken by the tour in its 20-year history. The WPT World Championship will run as part of a larger series that features 23 tournaments and $22 million in combined guarantees. Pliska said they’re delighted to partner with Wynn in hosting the historic festival.

Players will have to pay $10,400 to enter the event, and that gives them 100,000 in tournament chips to start the action. Levels will initially last for an hour and will be reduced to 90 minutes during the late stages. The tournament has three Day 1s running from December 12-14. Players are allowed to enter just once for each flight. The finale takes place on December 20 and will be televised.

Whoever ends up as the winner will have their name engraved into the Mike Sexton WPT Champions Cup. That’s on top of receiving the largest chunk of the record-breaking prize pool.

For those who cannot afford the actual buy-in, the WPT is running a series of satellites both in-person and online. The WPT will send more than 500 players to the historic tournament via qualifiers that require smaller buy-ins. The tour’s online partners, ClubWPT and WPT Global, have already given away numerous WPT World Championship packages worth $12,000 each.

Satellites are still running and you may visit WPT’s official website for the full schedule.

The 2022 WPT World Championship will be the last WPT main tour event of the current season which has so far awarded $30.1 million in total prizes across seven completed events.

There are two more WPT main events on the schedule prior to December’s record-breaking tournament. The WPT Five Diamond takes place at Bellagio Hotel Casino in late October, followed by the WPT Rock ‘N’ Roll Poker Open which runs at the Seminole Hard Rock Hotel & Casino in November.