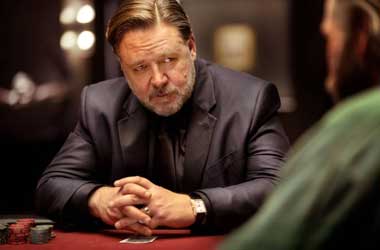 New Zealand-born Crowe, who moved permanently to Australia at age 21, attended the event, along with key cast members.

During the premiere, Crowe shared the huge challenges he and his team had to overcome to complete the film which was shot in 2020, right in the middle of the COVID-19 pandemic (though we are sure he enjoyed some other poker movies to bide his time). Poker Face will hit the screens on November 22 in Australia.

Crowe originally signed on as the lead actor in Poker Face but he later took charge as writer and director due to unforeseen circumstances. The person initially tasked with directing the film had to go home for health reasons. There’s just a few weeks left till filming and the movie had not been fully completed yet.

When it became clear to Crowe that the movie could end up being scrapped without a director in charge, which would inevitably result in dozens of people losing their jobs, the Oscar winner decided to step in and save the film. That’s despite still mourning the death of his father.

Crowe Had To Leverage His Connection For Poker Face

Fully aware that he couldn’t do it alone, Crowe reached out to his friends who were more than willing to lend him a helping hand.

There was one scene that required luxury cars but the film’s budget was slowly dwindling and paying for that would mean additional expenses. No worries though because Crowe is good friends with John Laws, an Australian radio announcer well-known for collecting luxury vehicles. Laws let him borrow some of his supercars, including a Rolls-Royce which Crowe and the crew had to handle with utmost care.

Crowe also received some help from billionaire businessman James Packer, the former director and major shareholder of Australian casino giant Crown Resorts. Crowe used the deluxe suite at Crown Casino Barangaroo as the apartment where Jake Foley (the character played by Crowe) resides. It’s the main setting of the story, where Foley gathered his friends for a high-stakes poker game.

That deluxe suite is located on the 88th floor, charges $88,888 per night, but Crowe and his team were able to use it for free, thanks to his connections.