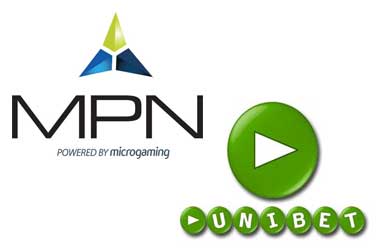 Industry data released by PokerScout through Poker Industry Pro has shown that the traffic for real money online poker ring-games declined by 18.5 percent between Sept. 20, 2015 and Sept. 20, 2016.

The key reasons for the decline have been increased regulations and a definite shift towards the recreational player segment, with operators preferring to focus on formats like sit-n-go.

The biggest online poker operator in the world, PokerStars which accounts for 42.2 percent of the game saw a decline of 18.9 percent. The company has attributed the decline to the change in its rewards program that reduced incentives to high-volume cash players, signalling its new strategy of focusing on new and recreational players.

In a statement, Eric Hollreiser, VP of Corporate Communications for Amaya Inc. and PokerStars said

Cash games have always been the specialty of the serious and professional player, whereas tournaments, with the potential of a big payout for a small investment, are particularly attractive to newer and recreational players. As we shift our focus to those players, it’s not surprising that there’s a reduction in cash game traffic with a corresponding increase in tournament (including Spin & Go) activity.

He added that the shift was reflecting the changes in the game and player demographics, calling it a positive sign for the game and the community. Hollreiser asserted that despite this shift, PokerStars remained committed to maintaining cash games on its site and running promotional initiatives to improve volumes in cash games.

The second largest poker operator 888poker saw its ring-game traffic drop by 14.7 percent over the last year. Bodog placed third in terms of ring-game traffic and dropped by 24.8 percent. Bodog could drop further as it will shutdown its poker operations starting Sept. 30 as the site has been acquired by Ignition Casino. Partypoker placed fourth went down by 5.2 percent.

The two companies that have bucked this trend are Microgaming Poker Network (MPN) and Unibet Poker. MPN climbed up by a whopping 29.4 percent, placing it in the ninth spot. One of the major reasons is that two large casinos, namely Grosvenor Casinos and PKR Casino joined the network this year. Another critical reason is that MPN has been focusing on developing the overall player ecosystem, with recreational player-friendly initiatives being launched such as permitting frequent changes in usernames and a new rake system.

Unibet Poker grew by 36.8 percent year-on- year and its growth has been attributed to its multi-pronged approach to make its platform welcoming to recreational players – prohibition of third-party tracking devices, low rake games, modern design and a user-focused software client built from scratch.