Why Mental Toughness & Sharpness Are Needed In Poker

Why Mental Toughness & Sharpness Are Needed In Poker 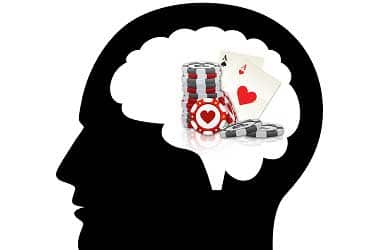 The game of poker does not only require a combination of skill and strategy but also mental fortitude.

Unfortunately, some players often get stuck in mental pitfalls which hinder them from making good decisions and can often derail their poker career.

Why Poker Players Must Work On Their Decision Skills

If you want to become a better player, you need to train your mind to not fall into these traps

# Not Being Able to Analyse Your Opponent

One of the most important skills a poker player must learn is the ability to discern and analyse an opponent’s playing style. You need to be able to understand their moves and read their minds so you will know how to effectively be on the offense and play so that the results ultimately go in your favour. In the same manner, you also need to be unpredictable so other players will find it hard to decipher your own strategy.

# Failing to Study The Probabilities

More often than not, newbies play their game without sufficient knowledge on bet sizing and calculating pot odds. As a result, they tend to bet a lot when they have good cards and make small bets when their cards aren’t very favourable. This shouldn’t be the case. As a player, you need to make decisions that would increase your chances of winning while at the same time reduce your risks of losing.

You must avoid getting caught up in extreme situations and must learn how to deal with them wisely.

In poker, the tension rises when someone bluffs. Indeed, bluffing adds thrill and excitement to the game, but it also has a drawback. Bluffing too much during the game will make your playing strategy predictable. You will find that your next bluff will no longer be successful as your opponents have managed to read and figure out your style of play.

Every poker player will agree – at some point they just wanted to do everything right and avoid making mistakes. The negative aspect of this behaviour is that you tend to easily give in to your opponent’s aggression especially if you are not too sure of winning the round.

Taking risks may sometimes lead to failure, but the most important thing is you can learn from them and end up becoming a better player.

Some players are always looking for something to blame. When these players fail, they often lay the blame on the terrible cards. Always remember that good cards do not always equate to winning, likewise being dealt bad cards does not always mean you are not going to make it.

Some of the world’s most successful players know how to spot their chances in every game. How you deal with the worst cases is what makes all the difference.

Players who work on the mental aspect of their game, tend to come out stronger and be more consistent at winning.