What Are Satellite Poker Tournaments & Which Ones Are the Best?

What Are Satellite Poker Tournaments & Which Ones Are the Best? October 23, 2019 Adrian Sterne https://top10pokersites.net

What Are Satellite Poker Tournaments & Which Ones Are the Best? 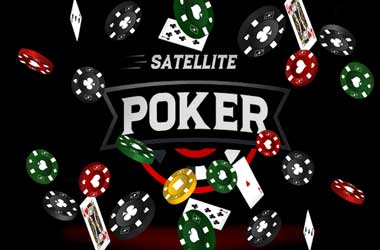 The beauty of poker lies in various types of tournaments that bring all kinds of rewards for the best participants.

One of the most lucrative tournaments among online poker players is the so-called “satellite tournament“.

Essentially, satellite tournaments do not offer money as the final prize.

Instead, they provide an entry for another tournament which usually requires a much higher buy-in. This is a perfect opportunity for people who play poker and are on a budget to experience the atmosphere of big live poker competitions.

In this article, I’ll cover some of the burning questions related to satellite tournaments and explain their very nature. Some of the things you’ll learn about them are:

Should You Play Satellite Tournaments?

Before you even buy yourself a seat at a satellite, you need to ask yourself the following question — what do I want from poker?

There are many reasons why people play poker. Some want to earn real money, others want to test their skills, and some just want to have fun.

If you are looking for a quick buck and poker is your side hustle, don’t bother applying for satellites at all. Even the fast-paced ones tend to last longer than usual, and the final prize is not even cash. Although you might end up winning a pile of money if you do well in both the satellite and the target tournament (which was awarded via the satellite), you need to devote a lot of time and energy without earning any cash in between.

On the other hand, if your goal is to have fun, test your poker skills, and meet new people, then satellites are a perfect opportunity for that. In that case, make sure to read on how to apply for a satellite.

How to Apply for a Satellite Tournament? 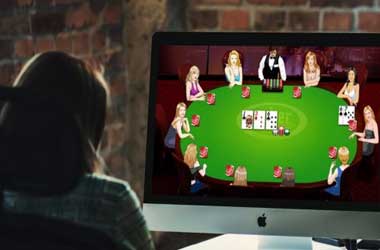 First of all, you need to find an online poker platform that offers a satellite tournament. Make sure to check out our selection, as several sites we feature include this type of competition.

Once you select a platform, navigate to the poker section (if a platform offers other gambling sections), and open an account.

Next, select your preferred payment method, use it to deposit money, and browse available satellite tournaments. Please take into account that some sites simply don’t have any contests of this kind available at the moment, which doesn’t mean they don’t offer them at all. In other words, you might need to check some sites from time to time in order to “catch” a satellite tournament.

You need to pay attention to several essential things when choosing an ideal satellite tournament.

Make sure that the final prize is a seat at a tournament you can actually attend. Many players apply for satellites that take place in some areas that are geographically far away from them. If you are in the US and the tournament is in the UK, make sure that you can afford to go there. Winning a satellite and not being able to make it to the tournament which was awarded to you as a prize is simply depressing.

Some prizes include a paid plane ticket and accommodations, while others just pay for a seat at the target tournament. That’s a very important thing to check, especially if you are on a budget and cannot afford flying half the world to play a high buy-in tournament.

Some satellites have higher buy-ins, others come at a more affordable price. It’s up to you to make a selection based on your poker budget and your personal preferences.

What I’m trying to say is that you shouldn’t pay a higher buy-in price for a satellite that awards a seat at a tournament that you don’t even want to be a part of.

Best case scenario — you get to pay a very small prize and win a seat at a tournament you’ve always dreamed of playing.

You want to make sure what type of tournament you play in terms of duration. Some last for quite a while, others, such as super-turbo ones, are pretty quick. If you are confident about playing the turbo ones — go for it. On the other hand, if you don’t have experience playing such quick competitions, try finding normal-paced ones.

Finally, you need to pay attention to other important things that you would consider when applying for any tournament, such as type of poker (< href="https://en.wikipedia.org/wiki/Omaha_hold_%27em">PLO, Hold’em, and so on), stack sizes, level duration, additional awards, and more.

Tips and Tricks for Playing Satellites

Let’s take a look at some important tips & tricks that can enhance your satellite experience:

Pros and Cons of Satellite Tournaments

Although they seem like a perfect opportunity for players to earn their seat in one of the bigger tournaments, satellite qualifying competitions do have a couple of disadvantages as well. Let’s take a look at the pros and cons of this type of poker contest.

The primary advantage is that you get to invest a small amount of money and earn much more than that if you do well in the high buy-in event. There have been several cases of players qualifying via online satellite tournaments and making a pretty good run in the live ones.

Therefore, getting a chance to take part in a high buy-in event is perhaps the second most important advantage of online satellite tournaments.

Finally, satellite tournaments feature both professional poker players and complete beginners. It’s an opportunity to test your skills in this game against all sorts of players.

To sum up, these are the main advantages of satellite tournaments:

Many poker players simply don’t like the fact that there are many steps that they need to take in order to get the final reward. In other words, satellites are so popular that sometimes thousands of players apply for them, meaning that it takes time before the whole thing is wrapped up.

In order to speed things up, many online poker rooms opt for turbo and super turbo tournaments. Many players who like to take it slow might not enjoy the speed with which these contests unfold.

Therefore, the two main disadvantages of satellite tournaments are: