In this article, I am going to discuss some of the biggest comeback moments that happened at WSOP events.

By the time you are done reading this article, you will have learned plenty of interesting facts, such as:

The World Series of Poker events is where poker history is made and where strange and marvellous things occur. Ever since Benny Binion rounded up seven of the best-known poker players for a showdown at Horseshoe casino back in 1970, the WSOP has expanded to cover the entire world with WSOP sanctioned events, as the search for the best poker players in the world continues.

The development of the tournament is rapid and has led to the expansion of the tournament to include 74 events where all types of poker are played. The WSOP culminates with the $10,000 no-limit Texas Hold’Em poker game dubbed the “Main Event.” The winner of the WSOP Main Event receives a multi-million dollar prize and a much-coveted WSOP bracelet.

With all these incredible rewards, cash, and accolades that await the winner, the focus and sheer determination of players are unparalleled. The legal poker games that have this much at stake are a perfect breeding ground for the most memorable moments in poker history. Everything from incredible comebacks to bluffs and upsets takes place at WSOP tables, so both the spectators and the players are in no shortage of thrill that can only be seen in poker games.

Big comebacks in poker games, especially at the WSOP Main Event, are what fuels the hope of players that only one majestic move can turn things around for them and that, with skill and fortune, they can come out on top. The message that these comebacks send is that there isn’t a lost game until you fold your cards and that there is always a way to win.

In this article, we will present the biggest comebacks in WSOP’s history and the circumstances under which these comebacks occurred.

1.Jack Straus and “A chip and a chair” 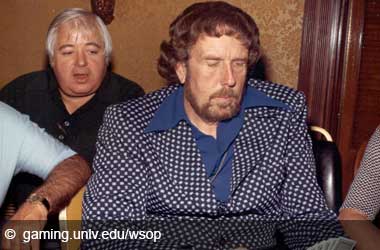 A legendary WSOP moment and comeback was directed by none other than Jack the “Treetop” Straus, one of the best-known players of the 70s and early 80s.

He owed his moniker to his towering physique, as he was over 6 feet tall.

Even though Jack’s best-ranked place at the WSOP Main Events until the famous 1982 tournament had been the 3rd place in 1973 WSOP, he rose to stardom and is still remembered as one of the best players of the era thanks to the fact that he had pulled out the biggest comeback in WSOP’s history.

Namely, on Day 12 of the 1982 tournament, Jack reportedly put all his chips in a single hand, got called on the play and lost. As he rose from the chair and table, he realised that he had left a $500 chip under the napkin. From then on, he used the chip to double up on several occasions, which resulted in him rallying the troops, or should we say chips.

Subsequently, Jack Straus went on to win the WSOP golden bracelet and the Main Event. He is credited for coining the poker phrase that says “You only need a chip and a chair to play poker and win” a phrase that all other players with short stacks of chips utter when they are hoping for a miraculous comeback. 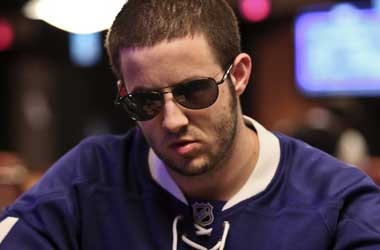 Poker is such an intense game that requires not only superb poker skills but also grueling mental effort.

With such intensity and display of poker prowess, it is no wonder why the winner of the WSOP Main Event comes up with millions of dollars worth of rewards.

It is particularly pleasing to see when a player is able to battle their way up to the top once they had hit the ropes.

One such example that resembles Jack Straus’s comeback was the work of Greg Merson, then a 24-year-old poker protégé who had honed his poker skills in online poker rooms. At WSOP’s 2012 Main Event, Greg Merson was down to 50,000 chips at one point in the game, but by being a short-handed cash game specialist, he fought his way back to the final table against Jesse Sylvia and Jake Balsiger in a 12-hour marathon live-streamed across the planet to the amazement of all poker fans out there. By the time he reached the final table along with 9 other players, he had compiled 28,725,000 chips.

Merson employed his strategy as a short-handed specialist and passed on all bad bets which turned the game into a never-ending stream of hands. Sometimes it is the persistency and maintaining the concentration for a long time and not letting your mind wander off from the game that makes a poker player a true champion. Some of the spectators at the table couldn’t endure the intensity of the game and turned away from the table, but the ones that remained were beaming with joy when he revealed his final card that brought him the title and $8.53 million in prize money.

Merson’s campaign to reach the top also got him a 2012 WSOP Player of the Year honors and the confidence to keep playing at a high level. 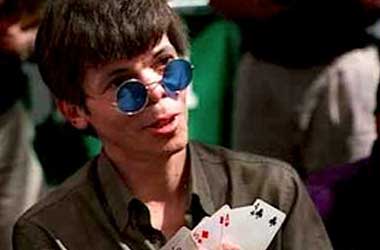 Stu Unger’s comeback is not so closely related to one particular game, but it is intrinsically connected to the entire WSOP tournament in 1997.

Stu Unger, nicknamed the “Kid” was a major young superstar of the poker world in the early 1980s, where he had won back-to-back titles in ’80 and ’81.

He remains one of just two people to have won WSOP three times and the only player with three Amarillo Slim’s Super Bowl of Poker titles.

However, Stu Unger suffered from long years of drug abuse, ever since he became a cocaine user in 1979. By 1997, he had already been heavily indebted and broke and, if it hadn’t been for his friend Billy Baxter, he wouldn’t have been able to pay for the $10k buy-in to the WSOP Main Event. He was in such a bad mental and physical condition that he actually fell asleep during Day 1 of the competition. Albeit exhausted, he carried on and reached the final table.

The buzz for the final game was so great that the organisers staged the game on Fremont Street, outside of the casino. Eventually, Ungar squared off with John Strzemp and finished the game with a straight on the river with A-4, compared to John’s A-8.

Although people thought he would turn his life around, he wound up dead in a hotel room, practically penniless, despite having won over $30 million throughout his career. 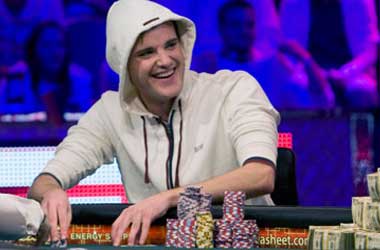 The stage for the 2011 WSOP Main Event was set at the Penn and Teller Theatre at the Rio in Las Vegas where almost 7,000 players from 85 different countries competed for the prize money and WSOP’s golden bracelet.

However, only nine players can reach the final table in November, called the “November Nine” table.

This group of aspiring champions saw an unlikely face joining them. A dropout student from Cologne, Germany, Pius Heinz made it to the end, but no one thought he had any chance of winning anything because he was up against the Czech poker superstar Marti Staszko and arguably the best player of the time, Ben Lamb.

However, Pius Heinz showed why his tactics that involved thorough preparation and training into reading people’s facial expressions and bluffs gave good results. Although he entered the final table with the 7th lowest number of chips, especially when compared to Marti’s and Lamb’s stacks, with millions in chips he emerged on top.

An epic 6 and half-hours battle in the finals against Staszko ensued and in the final hand where the ace-high handheld by Heinz won him the championship and a whopping $8,715,638 in prize money.

As you can see in the text, these players had their way back to the top thanks to their ingenuity and unparalleled skill, which ensured their place in the legendarium of WSOP. Also, you learned more about how these poker comebacks occurred, as well as what were the consequences of these comebacks and under what type of life’s circumstances they took place. These are the stories of bravery, skill and human triumph. If you want to join them why not try you hand at online poker, we made choosing one easier with our handy comparison section.