How to Defend Your Blinds Effectively?

How to Defend Your Blinds Effectively? March 10, 2020 Adrian Sterne https://top10pokersites.net

How to Defend Your Blinds Effectively? 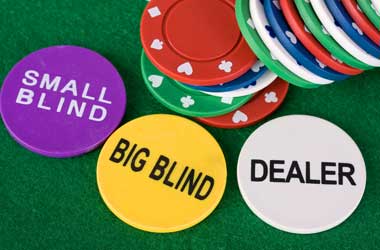 Defending the blinds is one of the biggest mysteries in poker. Does defending off the binds even pay off? If the answer is yes, then when should we do it and how?

There are numerous articles and videos on this topic, and opinions on the matter are widely divided. Some recommend the passive approach, telling you to defend against apparent blind thieves.

Other experts are strictly against it because it would only get you sucked into a pot where you’ll be out of position when the post-flop betting round comes.

In this section, we’ll teach you how to minimise your losses and win more cash when you’re playing from the small and big blind. Things you’ll learn about include:

Mastering these easy-to-execute poker moves will make a ton of difference to your bottom line. You’ll be able to read your opponents better and learn how to manipulate them, and that will directly translate to a better win rate and, of course, more profit.

The first thing you need to understand here is that the small and big blinds are the two worst positions at the poker table. Why? Because when you’re in the small blind, you won’t have much time to react to the post-flop round of betting, and the big blind is even worse because your “forced” initial investment is higher. Even the best poker players in the world often struggle playing from these two positions.

Reading about “defending” the blinds induces you to call too much without a sound plan. You must realise that your blind doesn’t represent an investment in the hand that automatically makes you pot-committed to any raise.

Although having a blind in play will give you better pot-odds, it doesn’t mean that you have to rush into raising with whatever cards you happen to pick up. When raising from one of the blinds, you’re put in the worst possible situation where you have to put extra chips into the pot OOP without knowing much about the aggressors’ range. And you cannot win this way, at least not in the long term.

To defend your blinds properly, you must be aware of your situation and the opponents you’re playing against.

Position Is Essential when Defending the Blinds

When it comes to defending your blinds, the position is the most significant factor to consider. As a rule of thumb, the closer it gets to the player who acts lasts on the deal, the wider the pre-flop ranges rise. So, it’s essential to know where the raise came from.

If the player who raises is close, your defending range has to be tighter. Consequently, if the player with the button puts a raise, then it’s safe to get wider and defend with weaker cards.

It’s also important to know which type of player is the one making the raise. A passive player won’t be doing much raising, even from the button, while a maniac would go all-in with ever cards they get their hands on.

It’s possible to defend against an aggressive blind-stealer, but only with a proper approach. Let’s discuss several scenarios.

Blind-stealers raise frequently. You should try re-raising them with anything from K-Q, A-J or A-10 to medium pocket pairs (6-6 and above). Here’s why you want to risk a bit more in these situations.

If they have bought in short. Because the payoff is small, this is one of the rare instances where a pre-flop call is wiser than a re-raise. If your hand is disguised well, you should go for a call.

Learn when to fold. Calling out of position is not a winning strategy. Sometimes, it’s better to hold onto your chips and fold.

What Should You Do After the Flop?

In most poker games, predictable play is the road to bust. So, in the post-flop phase, it all comes down to mixing it up and creating a long-term winning strategy.

For example, you probably won’t see a lot of people continuation betting. More often than not, they’ll bluff-raise, call with a weak hand hoping to catch something on the river, or smooth-calling with any hand.

To make the most out of those situations, you’ll need to mix check-folds and check-raises yourself to protect your blinds. You should also be extra aggressive against those who tend to fold under pressure on the turn.

Is someone is particularly aggressive, you should try bluffing against them on the turn more often than not, especially when you pick up outs or the board changes.

You should also go all-in on the river occasionally, to create a disguise for the upcoming big hands. Here are some run-of-the-mill tips that might confuse your opponents:

If you play aggressively at one of our real money poker sites, you will win more often than not. At the end of the day, it all comes down to reading the opponents. If you can do that without letting the opponents reading you, then profit is almost guaranteed.

If you have any questions regarding this topic whatsoever, by all means, drop a message in the comment section below.

2021 World Series Of Poker – New Things To Watch Out For