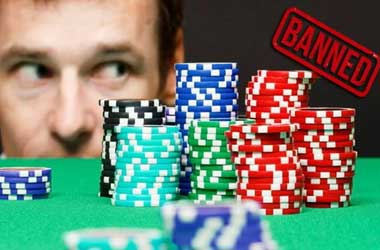 Jason Koon, who currently serves as GGPoker ambassador, is calling on live tournament operators to impose a ban on players who are continually caught cheating at the virtual felts.

In a tweet, the American poker pro, said that there must be a blacklist of “online poker’s worst cheaters” and those on the list should be prohibited from competing in major live tournament stops. The move is in the best interest of the entire poker community, according to Koon.

There need to be higher-stakes repercussions for people who are continually caught cheating at online poker; It is in the best interest of the entire poker community. In my opinion, the major live-tournament stops should share a blacklist of online poker's worst cheaters.

Koon’s tweet drew some interesting responses, including one from Doug Polk who now co-owns The Lodge Poker Club in Texas alongside Brad Owen and Andrew Neeme. Polk, who has established a reputation for exposing and punishing cheaters in poker, said that he agrees with Koon’s idea, but the main issue will be on how the ban will be implemented.

On using a blacklist, Polk emphasized that there would be a need to evaluate each case and that would mean getting the help of other people, i.e. hiring staff to do the job.

In theory I like it, in practice how does it work?

If the Lodge got a list of names from PokerStars of banned players, we should automatically ban those players? Feel like we would need to evaluate each case, and now we need staff to review online poker bans

For example, if The Lodge uses a list of cheaters provided by online poker sites like PokerStars, the card room could not automatically ban those people as they must be evaluated individually, and that would require extra resources.

Responding to Polk, Koon admitted that he doesn’t have a definite answer to the issue raised by Polk, but he suggests that those who are experts on the matter can form a group to get the job done. He also recommends imposing varying degrees of penalties for each offense.

I certainly don’t have the answer for this, but poker is filled with intelligent people who all want safer places to play. Form groups of people from different orgs to get together and examine cases and vote. There would need to be different degrees of penalties per offense.

World Poker Tour (WPT) commentator Tony Dunst echoed Polk’s concern, saying that Koon’s idea is good in theory but is extremely tough in practice. Solve for Why founder Matt Berkey also chimed in, saying it might be hard to convince online poker rooms to willingly share the necessary information to their land-based counterparts. He said matters like that are only usually shared internally.

Koon has found strong support from Dusk Till Dawn Poker Club owner Rob Yong who said he is willing to coordinate with the relevant parties to enforce the ban. Three-time World Series of Poker (WSOP) bracelet winner Julien Martini sides with Koon as well, saying online poker cheaters must be banned from casinos.