Poker Tournament Rules To Change As Per New Amendments Of TDA

Poker Tournament Rules To Change As Per New Amendments Of TDA 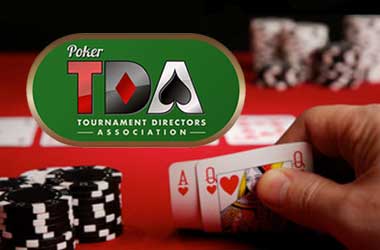 Poker players will no longer be allowed to look at solvers on their phones or tablets while actively participating in a live poker tournament as part of new changes made by the Tournament Directors Association (TDA) to its existing rules. The other tweaks focus on player responsibilities. The move is aimed at making poker more “welcoming“.

While the recent modifications are nothing major, tournament directors are hopeful their recent efforts will attract more players, particularly from the female demographic.

No More Checking on Solvers at the Table

Charts and solvers are tools that provide players with optimal strategies for certain scenarios which help them improve their gameplay. Using these tools while a tournament is in progress has been widely debated over the years, with many saying that the practice is akin to cheating.

The TDA already had an existing policy regarding players accessing solvers while involved in a hand, but in the latest tweaks, those who just can’t resist looking at these tools even while playing will receive a one-round penalty, meaning the players in question would need to temporarily step away from the table.

The rules don’t entirely prohibit players from checking the charts as they can still do that provided they are not seated at a table.

The TDA made the changes during its most recent summit which was held at Aria Las Vegas last week.

Tournament directors also added a new set of player responsibilities, including notifying the house if they observe or witness discriminatory or offensive behavior at the table. TDA’s existing rules on negative behavior give the floor the final say on whether to impose penalties.

Female players are mostly the subject of discrimination and other bad behavior at the table from their male counterparts which is one of the main reasons why many women are discouraged from playing the game. The TDA wants to change this by making it clear that players have a responsibility to report to the house any untoward incidents at the table, especially those directed at women.

The latest modifications also include new recommended procedures for dealers, as well as minor changes to the TDA’s existing rules on misdeals. The association might also consider the implementation of a shot clock to reduce stalling by players.