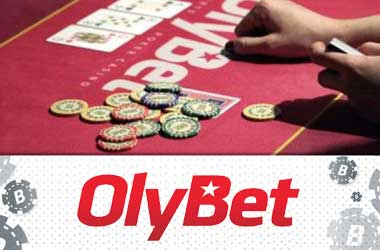 OlyBet has officially transitioned to GGPoker Network, following its departure from Microgaming Poker Network (MPN) which is set to cease its poker operations later this month.

OlyBet went live on April 30 on GGPoker across all of its markets. While it has completed the transition, OlyBet will still use its MPN skins until May 19 when the network officially signs off. As part of the new partnership with GGPoker, OlyBet is poised to take advantage of a strong flow of around 30,000 players each day by joining the world’s largest poker network.

With OlyBet now running as part of the GGPoker Network, its users will now be able to take part in the WSOP Super Circuit Online Series, which kicked off on May 3 and runs through to May 31. This online tournament features a whopping $100 million in guarantees, making it the highest-paying online poker tournament in the world.

OlyBet players now have the opportunity to get in on the action across hundreds of tournaments, and chase for WSOP glory from the comfort of their own homes. They will also have access to all the other exciting and unique features and offerings that GGPoker players all around the world currently enjoy.

OlyBet, which is owned by Olympic Entertainment Group (OEG), began as an online sportsbook but expanded its offerings which now include virtual sports, casino games, live casino, and online poker. It is running under licenses acquired in Estonia and Latvia. It launched online poker back in 2013 on MPN but had to reconsider after MPN confirmed in September 2020 its intention to stop offering poker services due to a change in its business model.

GGPoker Network launched in 2014 with the goal of making poker fun again. It primarily catered to the South East Asian and Chinese markets, and later expanded to Canada and Europe. The network is well-known for its gigantic online poker tournaments, such as the GGSeries 3 held in 2019, which awarded $50 million in total prizes.