MPN Confirms It Will Close Its Online Poker Services In 2020

MPN Confirms It Will Close Its Online Poker Services In 2020 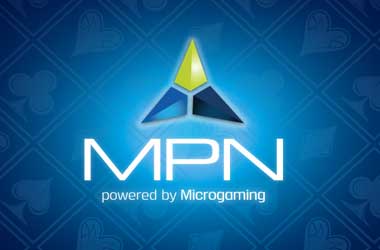 Microgaming Poker Network (MPN) has confirmed that it will be terminating its online poker operations in 2020.

The forthcoming closure was made via a statement issued by the company’s top brass, amid rumors that the network is set to discontinue its online poker service.

Among the major brands operating under MPN are Grosvenor Poker, CoolBet, paf, betsafe, NordicBet, OlyBet, Betsson, and 32Red. It’s understood they will now need to look for a new home if they aim to proceed with their online poker offerings. Unibet was the first major brand to cut its ties with MPN back in 2014. In April 2019, RedKings Poker also left the network and shut down operations for good.

Speculation that MPN will finally put an end to its online poker service began to circulate when a member of the Two Plus Two forum shared a screenshot of an email reportedly sent by One Time Poker (OTP), another room on the MPN network. The email relayed MPN’s intention to stop its online poker service, which will also hit all the other poker rooms running as part of the network.

Microgaming managing director Alex Scott also confirmed in a blog post that the network could close in the second or third quarter of next year.

MPN and the owners and operators of the MPN poker rooms recently met to discuss a potential closure of the network. Following the said meeting, the company issued an official statement which said that the decision was made based on a broad internal review of its product portfolio and strategy, with the closure taking place in the next 6-8 months.

MPN will release more details on the closure in the coming weeks. MPN has confirmed that players will still be granted access to online tournaments, cash games and promotions while the termination date is still being finalised.

Microgaming CEO John Coleman said the company will now shift its focus to the redistribution of key resources and personnel across the business, as the network model no longer falls in line with the company’s new strategic vision for poker.

Coleman assured players though that the closure does not necessarily mean that MPN will completely abandon poker, and that they will continue to come up with innovative ways to provide top-notch entertainment and gaming experiences to their wide network of players.