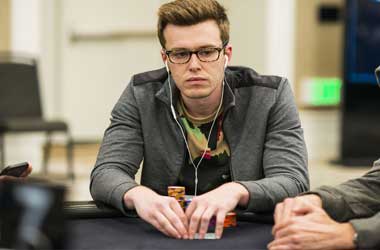 Gordon Vayo has decided to drop his lawsuit against Rational Entertainment Enterprises Limited (REEL), the company that is responsible for PokerStars.

Vayo allegedly decided to drop his lawsuit after the poker room found he had forged some of his evidence.

Vayo’s lawsuit, which was filed with the US District Court for the Central of District of California got a lot of publicity including getting featured on Forbes.com.

In its defense, PokerStars declared that Vayo took part in the event from within the U.S through a virtual private network (VPN), breaching the website’s Terms of Service. This was something that Vayo denied and presented evidence proving he was in Canada during the entire SCOOP event.

REEL filed a countersuit against Vayo on the basis that he doctored some of the evidence he supplied. According to reports, REEL confronted Vayo on the discovery which resulted in the latter terminating his lawsuit.

In a formal letter submitted to the courts, PokerStars said the original documents shared showed Vayo doctored ATM transactions, with incorrect exchange rates and surcharge amounts between USD and CAD.

Following the October 14 confrontation, Vayo voluntarily dropped his case and not long after, his lawyer Gregory A. Fayer of Fayer Gibson LLP quit. A lawyer from California named William A. Bowen took over Vayo’s representation. The lawyers representing REEL made a series of inquiries to Bowen but received no reply.

REEL has decided to go after Vayo and filed a motion filed on November 12 to get Vayo to pay $280,000 as court costs and legal expenses. Part of the filing stated Vayo hired a forger in a deliberate attempt to demand payment from REEL.

The company got in touch with Vayo’s legal counsel regarding the discovery but the counsel denied he had any knowledge of the forged documents. The discovery came to the attention of Vayo on Friday evening when REEL contacted him. After 48 hours, Vayo dismissed all his claims and his counsel resigned. REEL repeatedly contacted Vayo’s new counsel for a meet-and-confer request but all efforts went ignored. Vayo has not issued any statement yet on the latest development as of now.