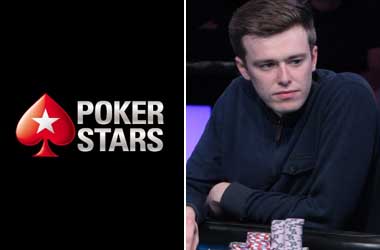 Gordon Vayo, the runner-up for the 2017 World Series of Poker Main Event (WSOP) is trying to get online poker giant PokerStars to pay out the $692,000 that he won playing an online poker tournament in May 2017.

PokerStars refused to pay out the winnings claiming that American poker pro Vayo was based out of California when he won the poker tournament.

A decision on the matter was expected to be made later this month but Federal Judge Frederick Mumm has postponed the hearing to November 6.

The 30 year old Connecticut poker player was miffed over the fact that his online winnings was confiscated. Vayo who has over $6 million in career prize money decided to go ahead and sue PokerStars after his legal team sent them a warning to pay up or risk being exposed for turning a blind eye to allowing US poker players to access the website.

Online poker is illegal in California and hence if he was physically present in California, those winnings are illegal and can be confiscated. Vayo does not deny using a VPN but says that it was to gain access to video streaming.

PokerStars has filed a petition to get Vayo’s lawsuit dismissed as the company has reportedly carried out a geo-location analysis which proves that Vayo used his mobile device in Los Angeles, CA over 50 times between March and July to access the PokerStars website. The data proves that he was physically present within the boundaries of the state of California and thereby makes it illegal for him to access the online poker website.

The PokerStars legal team said in its filing

Mr. Vayo’s entire complaint hinges on his assertion that the relevant acts took place in Canada. Under these circumstances, and under established U.S.Supreme Court precedent, Mr. Vayo’s choice of forum should be given no weight and his complaint must be dismissed

PokerStars legal team has also said they wouldn’t give in to Vayo’s threat of a PR attack and should he proceed with making defamatory remarks, they would countersue.