Bilzerian Talks Of Potential $100m Match Against Gores Before 2022

Bilzerian Talks Of Potential $100m Match Against Gores Before 2022 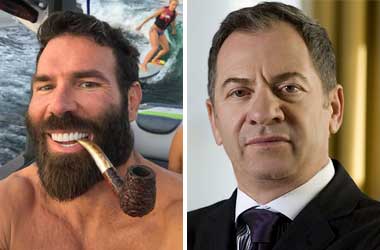 Instagram king and GGPoker’s newest ambassador Dan Bilzerian could create history before the end of 2021 as he looks to take on billionaire Alec Gores in a $100 million high stakes poker game that could set the record for being the heads-up poker match with the highest stakes in history.

In his book, Bilzerian puts down names to his opponents and one of them is Israeli billionaire Gores. Bilzerian talks about playing high stakes poker games at Gores $50 million mansion in California. It appears that Gores wasn’t very happy with Bilzerian mentioning his name in his book.

Gores has now decided to challenge Bilzerian to another high stakes poker match. Gores initially challenged Bilzerian to a $25 million heads up game and the Instagram King accepted. Gores then raised the stakes and made it $50 million each, bringing the total pot to $100 million.

Bilzerian who is considered “a poker badass” has also accepted the challenge and said that he will proceed to play Gores at the Aria in Las Vegas. Bilzerian has already raised the money from his financial backers and has asked Gores to wire his side of the funds to the Aria, so that they can proceed officially with the biggest high stakes game in history.

Rumours suggest that this game could take place after the 2021 WSOP comes to a close but no official confirmation on a date has been given so far. Bilzerian also wants this high stakes game to be streamed on pay per view, as he wants a percentage of pay per view revenues.

Bilzerian shared more insight on his relationship with Gores and the high stakes games they have played over the years during a podcast with Logan Paul and also on the Michael Sartain Podcast.

The 68 year old Gores has yet to confirm on whether he will be wiring the funds to the Aria and accept Bilzerian’s push for the match to be streamed on pay per view. We will bring you more updates to this story in the weeks to come.