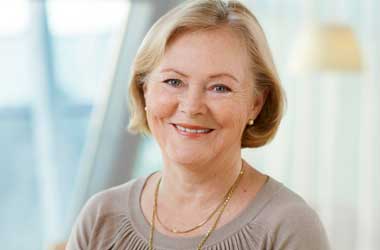 Swedish politician and civil servant Anitra Linnéa Steen has announced that she is resigning as the Chairwoman of SvenskaSpel, the country's government-owned gaming company that runs gambling operations in the country.

Steen has cited a change in the government’s attitude towards gambling in the country as the reason for exiting the SvenskaSpel.

In a statement, Steen said,

For a social democracy it has always been important to have a clear social responsibility, and [SvenskaSpel] has had an efficient gaming policy which has been of great importance for social causes. Now it is on the way out.One should not have private profit interests drive sales in these activities.

According to Steen, gaming companies need to put their social responsibility ahead of their own benefits. In the past, SvenskaSpel has done so through a number of measures some of which have succeeded. One of the critical areas that the organization focused on under Steen’s leadership was discouraging Swedish residents from visiting offshore gaming websites.

However Steen believes that not enough is being done and wanted further action to be taken such as blocking IPs of the sites and prohibiting advertising by these illegal sites.

But the Swedish government has refrained from taking such action, allowing residents to freely access these international sites. Underscoring this is the recent deal by 888poker, world’s second largest poker site with Svenska Pokerförbunde also known as the Swedish Poker Federation. 888poker now has the rights to host the online segment of the Swedish Poker Championships.

There are also indications that a new gaming policy is being developed by the Secretary General of Sweden’s Association of Online Gambling Operators Gustaf Hoffstedt with a view of implementing the same by 2018. The country is additionally under pressure to revise its gaming laws given the European Commission’s observations on them.

The European Commission in October 2014 referred Sweden’s gambling laws to Court of Justice of the European Union (CJEU) after finding its laws, which restrict online gaming, to be inconsistent with EU law.

According to the timetable proposed by Hoffstedt, findings from an inquiry will be made available in a time period between late 2016 to early 2017 following which all stakeholders will be invited to respond. In 2017, a proposal for the new legislation will be introduced in the Council on Legislation for consideration and simultaneously notified to the EU. Ideally, if everything occurs within these timelines, the government will be able to present the final bill to the Parliament for clearing by December 2017.