Andrew Neeme Teams Up With 888poker For Special Stream

Andrew Neeme Teams Up With 888poker For Special Stream 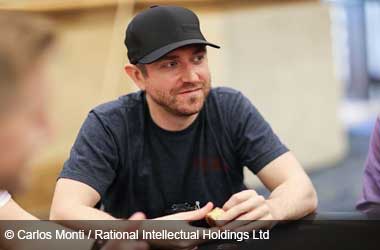 Poker pro and vlogger Andre Neeme is partnering up with 888poker for a unique collaboration that is set to take place this weekend.

From March 28 – 31, Neeme will temporarily set aside his live poker routine to host streaming sessions on 888poker.

Neeme will play different stakes and game formats on the 888poker website which will culminate in a “home game” on March 30, giving players all over the world an opportunity to experience a bit of the social poker atmosphere. He is the person behind the popular “Meet Up Games”, where followers gather in a live space around the United States to play and just have fun.

Neeme started out playing micro-stakes games in Las Vegas and slowly learning the ins and outs of the game. He mostly focused on the small to mid-stakes circuit during the early years. He went on to start a vlog project on YouTube documenting his games and producing poker-related content.

He found that the poker community showed a lot of interest in what he was putting out and his subscribers grew to more than 100,000, making him one of the most famous poker vloggers going around.

Neeme said accepting 888poker’s partnership offer was a no-brainer, considering that it will give him a much bigger platform to interact with a worldwide audience. He said it’s more fun when he is able to create connections with the audience on the go, instead of replying to comments after the game.

The majority of 888poker’s player pool is located outside the US, though the online poker brand also has a number of online partnerships within the segregated US market. This partnership will require Neeme to travel to Canada where he will stream his online poker adventures from March 28 and will end on March 31.

Neeme will answer poker-related queries and will also respond to questions about YouTube vlogging. He is expected to play the newly released Rake or Break tournaments, along with other flagship tournaments at 888poker on Sunday – March 31.

The main reason Neeme needs to stream outside the US is because online poker is still illegal in the majority of US jurisdictions. Neeme is excited to travel to Canada and hopes to meet up and have some good time with friend and fellow streamer Kevin Martin. Neeme has teased his 100k subscribers by saying that he has a couple of other fun projects coming soon to his channel.