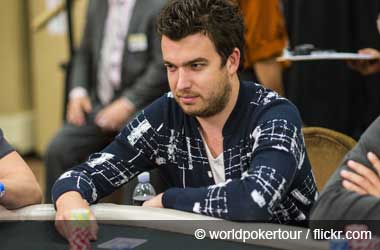 Although Moorman has made his mark in WSOP events in previous years, he has never won a coveted WSOP gold bracelet. In his earlier appearances, Moorman has managed four final table finishes with two of them being runners-up positions. His latest win which nets him $498,682 will be his 30th WSOP cashout and will take his overall WSOP winnings to $2,433,640.

Moorman is known as one of the top online poker players in the world with $14 million in career winnings. His live tournament earnings are currently at $4,628,200 which includes a World Poker Tour (WPT) title.

After winning his first ever WSOP gold bracelet, Moorman admitted that winning in a live tournament was far more thrilling than any of his online wins.

In a statement Moorman said

It’s kind of surreal. I feel like anytime you win live, it's just a lot more real. All your friends are there celebrating with you and particularly a lot of my online success was when I was living in the U.K. I would be playing all through the night and maybe win a tournament about five or six in the morning and I would just be there on my own

He stated that since the 2017 WSOP was still in its early days with several more events still to come, he was hopeful of making it to yet another final table. He pointed out that he already had taken three cashes. The UK poker pro stated that if for some reason he did not make it to the final stages of any WSOP events but another UK player does, he would extend his full support from the sidelines.

In the final round, Moorman defeated Brazilian player Bernardo Dias in heads up play lasting nearly hundred hands. Moorman maintained chip lead for much of the play but the Brazilian player put up a tremendous fight. Moorman finally prevailed after nearly four hours of play with an ace-king call. Dias took home $308,166 for his second-place finish. At third place was Michael Gagliano who won $210,139 for his efforts.