Should You Ever Fold A-K Preflop?

Should You Ever Fold A-K Preflop? February 24, 2020 Adrian Sterne https://top10pokersites.net

Should You Ever Fold A-K Preflop? 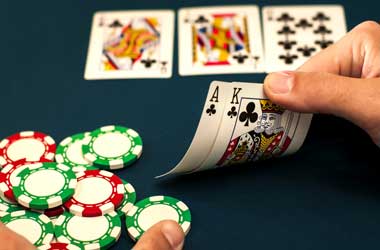 Folding AK is not something most experts would advise doing. But there are certain situations, especially when playing against tight poker players when doing so might help you avoid spewing money.

A-K is hands down the most overplayed hand in poker in the sense that it’s overvalued by many players, sometimes misleading them to bet too many chips.

The problem with A-K is that it’s a double-edged sword — it’s a mighty hand, but it is also a drawing hand, meaning that it needs help to win. On the other hand, if two or more players raise before the flop indicates, it usually means that they have a decent poker pair.

Many players don’t realise that A-K is never a favourite against any pocket pre-flop pair. Also, the chances of getting something on the board that you can match with A-K are only around 30%. Those are long odds to overcome when a couple of raises appear from other seats.

In this article, we’ll analyse whether or not it’s a wise decision to fold an A-K preflop, and when would be the appropriate time to do it. To get to the bottom of this issue, we’ll talk about:

You Must Be Cautious with A-K

The rule about folding A-K to two or more raises isn’t quite as hard as it used to be. TJ Cloutier, a poker legend, wrote (remarking about the old Texas road games in his earlier days) that the second preflop raise meant that someone has a strong hand, and the third raise was almost certainly A-A.

In these last few years, players are getting more aggressive, many of whom win cash by preying on players that are too tight and predictable. For that reason, it’s good to study your opponents before diving in with an A-K preflop. There are certain types against whom calling all the way down with A-K against a three-bullet bluff is profitable. However, three-bullet bluffs don’t happen often, and only an experienced player would recognise such a situation.

The problem with A-K is that it just looks so tempting. In Texas Hold’em, a player receives a pocket pair once in 17 hands, and apart from pocket pair, A-K is the best thing that can come along. However, at a 10-player table, the chances are high that at least one player has a pocket pair. And if the hand plays out to a showdown, pocket pair usually beats A-K. This is a sobering reminder that even the best-looking hands don’t mean all that much without a proper strategy.

When to Fold A-K

In cash games, the deeper your stack is, the more you have to be wary with A-K. In sit-n-go and other tournaments, you’ll see a lot of players fold with A-K. Your position at the table should impact your decision on whether to go with it or fold. In both cases, your choice should depend on how many chips you have left. If you have less than ten big blinds in your stack, then A-K may be your last chance before the blinds eat you up. If this is the case, then it would be unwise not to ride with the hand and take your chances.

With A-K late, you should reraise but don’t push, because you want to see a flop. If there was, for example, a 3-bet and a call, you should pop it a bit and hope you don’t get pushed. If you get pushed, well, then it’s a judgement call. A lot of people play A-K like it’s K-K or A-A, not realising that A-K is behind 22 if you don’t hit. If you hit something, then go for it, but if not, prepare to give it up. Flatting with A-K late to early multi-action is, in our opinion, easily the best disguise play.

AK is undoubtedly one of the best hands you can get — there are no ifs and buts about it. However, people often mistakenly assume that having an A-K preflop makes them unbeatable. In most cases, you shouldn’t fold preflop A-K, but you shouldn’t consider it a sure profit hand either, why not give our real money poker sites a go and test the hand out.

Please leave your comments or any questions regarding this topic below. We would be delighted to hear your thoughts and impressions.