Five F1 Racing Drivers Who Are Good at Poker

Five F1 Racing Drivers Who Are Good at Poker

Formula one drivers are, by their very nature, risk-takers who need a good thrill to keep them going.

They live on the edge by narrowly avoiding collisions and overtaking at high speeds, so when they’re not on track, they often try to reproduce that same adrenaline rush.

With the glitz and glamour that comes with Formula One, it’s not surprising that many of them have turned to casino games to emulate the thrill they get from racing when they’re off the track. For example, Lewis Hamilton has always lived a real-life of luxury, continually finding new and exciting ways to party.

Fernando Alonso has launched his own eSports racing team who will compete in various racing games. He obviously sees the thrill of management as a replacement for the buzz of being on track.

Some racers have turned their off-the-track hobbies into side careers. Some drivers have actually been solid enough to participate in tournaments, which is quite astonishing.

Poker aficionados from Formula one

Five players, in particular, have gone beyond just playing for fun, and one of them is even an F1 legend you’ve all heard about.

Today, we’re going to talk about the five F1 racers who have become poker aficionados. We’ll start with one and only, the greatest driver who has ever lived — Michael Schumacher. 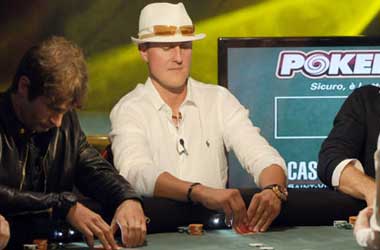 To many, Michael Schumacher is the greatest F1 racer of all time, with a mind-blowing seven world championships to his name. The former German driver is also a massive lover of poker, regularly pitting against fellow F1 drivers and playing in charity tournaments. It was his favourite off-the-track pastime and playing poker was something that he enjoyed doing while waiting around for races in his downtime.

Unfortunately, due to his terrifying skiing accident in 2013, he is currently unable to play. But we sincerely hope that he gets better and, who knows, maybe we’ll see him dominate at poker tables the same way he did on the track. 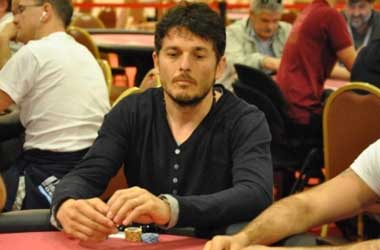 While it would be unfair to even mention Fisichella in the same breath as Schumacher, when it comes to F1 driving skills and accomplishments, the Italian driver did show great promise and finished fourth in the 2006 World Drivers Championship. In 2009, Fisichella became the ambassador for partypoker thanks to his exceptional skills and an apparent knack for playing poker. He worked hard to promote the game while also participating in a few tournaments on tour.

Fisichella highlighted the importance of practising poker with casino live dealers before hitting the tables for real. Live casino games are as immersive as the real thing nowadays, and players like Fisichella see them as a useful practice tool. 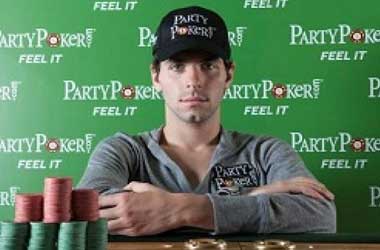 Alguersuari followed Fisichella’s footsteps and joined the partypoker stable of players. His primary goal was to promote poker in his native country Spain. He was only twenty years old at the time and tried to help prove that younger players could become great if they only put their mind into it.

When signing for partypoker, Jaime talked about how popular poker was among F1 racers, and that he would like it to continue that way. When talking about the similarities between F1 and poker, he mentioned that, in both sports, “you have to pick your spots when to be aggressive”. 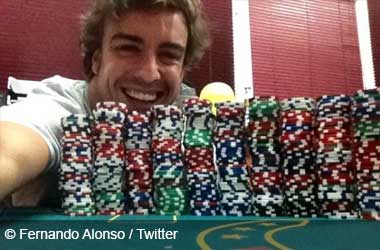 Fernando Alonso, who has been a protagonist in Formula 1 for almost two decades (this is the seventeenth year), announced that he would withdraw from the category at the end of the current season.

The Spaniard, who has won two world championships and thirty-two Grands Prix, achieved 97 podiums, 22 pole positions and 23 fastest laps in his career, is also an avid poker player.

Alonso is frequently seen in elite casinos around the world, and posted on Twitter “nice evening of poker”.

Kubica is the first and only Polish driver to compete in Formula One. He had a decent career, winning the Canadian Grand Prix in 2008. Robert was once a keen poker player, although “not a good one”, as he himself stated in an interview. But he was maybe too modest, as many players have said that Kubica is one of the best poker players in Formula one.

On February 6, 2011, Kubica was severely injured in a crash. While he was going through post-rehab after the accident, his friends bought him poker equipment to cheer him up. The idea came from Timo Glock who was also a professional driver and knows Kubica’s passion for cards.

With one of the most famous F1 racetracks in the world being in Monaco, it comes as no surprise that many Formula One drivers also end up being fans of casino games such as poker. Indeed, poker seems to be one of the favourite pastimes among F1 racers.

Perhaps it’s because they are drawn to the element of risk, much like the dangers that they have to go through in their everyday jobs. If you wish to join them you should have a look at some of the newest poker sites for 2020, you may face a familiar name.