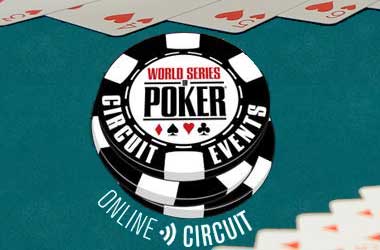 The World Series of Poker Circuit (WSOP) Online tournament went under the radar as WSOPC live event stops at Harrah’s in Atlantic City and at the Bicycle Casino in Los Angeles stole the attention since the schedule was the same as the WSOPC Online tournament.

The WSOPC Online event concluded on 10 March and a number of online poker players walked away very happy as they won big money and also got their hands on a coveted WSOPC ring.

The WSOPC has confirmed that its 2019 edition has done extremely well which saw them payout over $1.7 million in total prize money and hand out 13 rings. There was an increase in player registrations when compared to the same tournament in 2018 and this also resulted in an increase of the total guaranteed prize money. The WSOPC paid out $1,719,280 and was very happy with the response.

The online circuit events are proving to be exceptionally popular with players. We experimented a bit with limiting the number of re-entries in certain events and we’re seeing that this is a popular option, resulting in even bigger prize pools than in some of the unlimited re-entry events.

There were a total of 13 ring events during this tournament and the most popular event was the $525 Main Event. It drew a total of 770 registrations and had a guaranteed prize pool of $250,000. However, because of the high registrations (4x re-entry allowed) the total prize pool was boosted to $385,000. The Main Event was won by poker player William Romaine who took home a first place prize of $92,000.