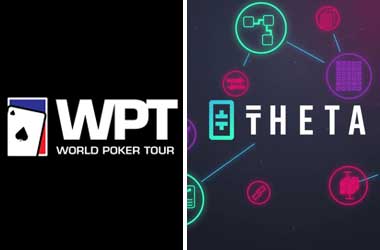 A new partnership between the World Poker Tour (WPT) and Theta Labs, which operates the Theta Network, will see some of the tour’s highlights and moments being sold as non-fungible tokens (NFTs).

NFTs are among the latest trends in blockchain technology. They are digital collectibles, with each NFT possessing a unique identity in the blockchain. Therefore, these digital assets are not interchangeable. They can represent audio, photos, videos, paintings, music, and other types of media files.

NFTs can be bought and sold, however they don’t have their own tangible form, as explained in a BBC article. If you buy an NFT, you’ll get some sort of a “certificate of ownership” for that particular asset. You will be recorded as the owner of that asset in the blockchain. It can be thought of as a digital form of “art collecting“.

Some artists have already jumped on the bandwagon, including Canadian musician Grimes who recently sold around $6 million worth of digital artworks as NFTs.

Now, the poker world is joining the NFT craze, with the WPT becoming the first poker brand to create an “NFT marketplace“.

In a recent presser, the WPT said that their NFT partnership with Theta Network is among their biggest digital initiatives thus far, giving the tour’s global fans an opportunity to collect and own a piece of WPT action in real-time!

Under the new partnership, the WPT will be launching real-time NFT drops and auctions during their live TV and cable broadcast. The tour has over 140 million viewers across the world, with the majority in North America and Europe.

The NFT initiative will be incorporated during the premiere of Season XVIII, with the final dates to be announced soon. Viewers should stay tuned to the weekly episodes as the WPT will be announcing limited NFT offers. The launch will feature the late Mike Sexton, the tour’s lead anchor and commentator for many years.

Theta Network is a native blockchain that focuses on media and entertainment. It offers lower gas fees and faster transactions than Ethereum. The Theta Network also boasts of a more environmentally-friendly protocol, making it one of the top blockchains to watch out for.

The new partnership between the WPT and Theta Labs marks poker’s first foray into the NFT world. For more details and updates, check out the WPT website.