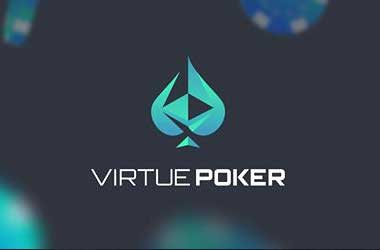 Virtue Poker is holding a celebrity poker charity tournament this June, in celebration of its recent launch. The blockchain-based online poker site, five years in the making went live recently. It is fronted by poker legend Phil Ivey, who also owns a stake in the startup.

Ivey has been supporting Virtue Poker since its inception five years ago. The site has since added more prominent names to its pro team, which now includes Dan Colman and Brian Rast.

The charity tournament will be headlined by Basketball Hall of Famer Paul Pierce and Phil Ivey. Among other key figures taking part in the upcoming event are ConsenSys founder Joe Lubin and Etherenity CEO Nick Rose.

The action will be streamed live on Twitch, and exciting prizes, including NFTs, will be given away to fans and viewers throughout the tournament. A total of 12 players will battle it out across two tables of No-Limit Hold’em. Three players from each table will move forward to the finale. All of the proceeds will go directly to the winner’s chosen charity.

Virtue Poker is aiming to attract mainstream attention not just in poker but also in the NFT world as well. On May 28, it launched its Initial Dex Offering (IDO) on the SuperStarter launchpad, operated by popular NFT platform SuperFarm.

Virtue Poker can now sell a small portion of its VPP tokens, and after that it will then begin the process of integrating NFTs into its platform. This milestone follows the completion of a $5 million investment round in April.

Virtue Poker is the first blockchain-based site to be licensed by the Malta Gaming Authority, and it wants to capitalize on that to draw players into the site and highlight the massive benefits that blockchain technology can bring into the game. Similarly, blockchain and cryptocurrencies will also be able to expand their use cases, making them a more viable option for a wide range of business transactions in the future.

Without a doubt, the launch of Virtue Poker is a win-win situation for all parties and entities involved.

What Is Virtue Poker?

Virtue Poker was developed by leading blockchain software technology company ConsenSys in 2016. Its main goal is to create a decentralized online poker platform that allows for peer-to-peer transactions using the Ethereum blockchain. This provides an extra layer of protection for the entire system, and players will have full control over their funds, paving the way for a safer and more fun online poker experience.