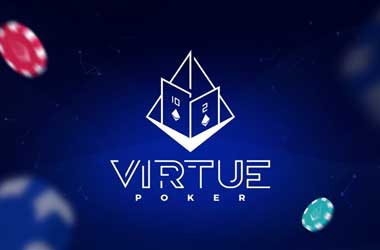 Poker pros Dan Colman and Brian Rast have joined the team of the Ethereum-based poker start up Virtue Poker. They will be acting as both ambassadors and advisors for the online poker site.

Virtue Poker is hoping to revolutionize online poker by developing an underlying network based on blockchain technology that will use the cryptocurrency Ethereum. Virtue Poker has been in development since May 2015 and real money gaming is expected to be launched by mid-2018.

Rast has shown a keen interest in the cryptocurrency space from the beginning of 2017 and was very interested in joining the Virtue Poker team and bringing this innovative poker concept to the market.

Dan Colman added that Virtue Poker was an innovative solution that will add value to the online poker industry. The use of blockchain technology has several advantages such as a high level of security for player funds, fraud protection for customers as well as higher levels of game integrity.

Virtue Poker co-founder Ryan Gittleson noted that the current lack of accountability and transparency shown by online poker sites made it the right time for the launch of blockchain technology-based poker applications which would not only satisfy poker players but also regulators.

Several online poker rooms have collapsed in past few years resulting in players losing funds deposited with these sites. Under Virtue Poker’s business model, the poker operator does not hold the players’ funds like traditional poker sites.

Whenever a player joins a Virtue Poker room, his stake is automatically debited from his cryptocurrency account. Similarly when he exits, any amount due to him is credited to his account directly. This structure ensures that the poker operator has no access to players’
funds.

An innovative concept being introduced by Virtue Poker is that of a system of Justices. A Justice is someone who is allocated to a table to monitor the game. Playing the role of a floor manager, the Justice will check that all players are in agreement with respect to the outcome
of a hand or game.

Virtue Poker will ensure game integrity by enabling each player at the table to shuffle the deck. Each game is recorded in the blockchain and can be reviewed by security experts if needed.

Virtue Poker will introduce the Ethereum cryptocurrency under an Initial Coin Offering (ICO) later this year. The company will also have its own tokens called Virtue Poker Points (VPP). The site plans to raise $25 million from the ICO which will be utilized for its marketing campaign.