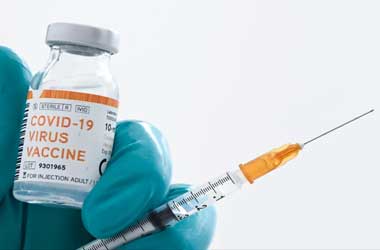 Daniel Negreanu seemed very certain that live action will return to Las Vegas in the fall, based on his recent statements on the DAT Poker Podcast. However, it is still “speculation“, unless the WSOP itself releases an official statement. We take a look at what are the chances of the 2021 WSOP live tournament taking place in Las Vegas?

In 2020, the WSOP dropped plans to hold a live event during the summer due to the COVID-19 pandemic, but it did find a way to give players and fans an alternative path to winning the highly-coveted gold bracelet.

A record-breaking WSOP online series ran on both WSOP.com and GGPoker, but let’s admit it – the virtual edition simply lacked the prestige of the live festival. Controversy later arose when it was announced that another WSOP Main Event would take place in December, sparking a debate on who should be considered the “official” 2020 WSOP Main Event champion.

The poker community surely doesn’t want to go through that again this year, as everybody is keen on going back to the live felts. While an online festival is still on the cards, poker players and fans all want to see a live WSOP series taking place in Vegas.

Obviously, a WSOP festival is not going to take place during the summer months. It could however run in the fall, between September and November, just as what Negreanu anticipated, and it could only happen if a significant portion of the American population, as well as foreign travelers, are vaccinated by that time.

The vaccination rollout across the US is currently making some progress, with health experts predicting that majority of the population would get the jab by July. It’s also worth noting that COVID-19 cases have dropped over the past month, with the country recording seven-day averages of well under 100,000 compared to the previous months where the figures would go beyond 100,000 on a weekly basis.

Assuming that COVID-19 finally clears up by September, the WSOP would still need to comply with multiple legal requirements. First, it should obtain a permit from the state of Nevada to hold such a massive event, and therefore restrictions must be lifted by then.

The good news is, local governments will be allowed to lay out their own COVID-19 restrictions beginning May 1, under new guidelines approved by Governor Steve Sisolak.