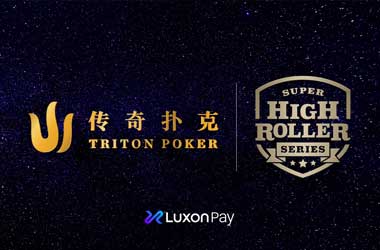 The schedule includes 14 tournaments, the first four are Triton Poker events, while the rest are Super High Roller Series events. The tournaments will be played in No-Limit Hold’em, Pot-Limit Omaha and Short Deck formats, with buy-ins ranging from $25,000 to $250,000.

The main highlight of the combined series will be the Super High Roller Bowl Russia Main Event which has a buy-in of $250,000 and runs on March 12. SHRB tournaments have always attracted some of the world’s best poker pros, and the upcoming event in Russia is no exception. We can expect the biggest names in the game battling it out for the coveted title and millions in prize money.

The latest winners were Wiktor Malinowksi who won the tournament in North Cyprus last summer for $3,690,000, and Michael Addamo who took down the Super High Roller Bowl VI for $3,402,000.

Meanwhile, those keen on taking part in the Triton Super High Roller Series in Bali will have to wait a little longer as the festival has been postponed. It was due to kick off on February 17, but will now be delayed over health concerns brought about by the fast-spreading Omicron variant.

The Bali stop was supposed to be Triton Poker’s first event of 2022, but Triton Poker Series CEO Andy Wong said the health and safety of the players, staff, and the entire team remain their top priority. With the current COVID-19 situation, Wong said it will be impossible for them to host a live tournament in Bali. Triton Poker has yet to announce a new date for the series.