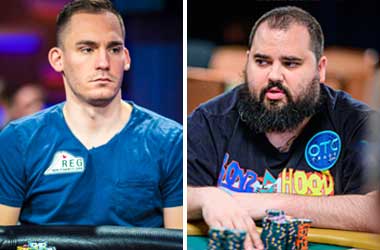 Justin Bonomo is reminding everyone that honesty saves lives. It’s after he found out that he played with a person infected with COVID-19 during an earlier event at the World Series of Poker (WSOP) at the Rio in Las Vegas.

Bonomo claimed that this person hid his health condition and did not inform his fellow players that he exhibited COVID-19 symptoms while taking part in the tournament. The player in question tested positive for the virus right after the tournament but did not bother to relay his test results to Bonomo and the other players he had come into close contact with while playing in the event.

This is grossly negligent. Wsop is a prime candidate for being a super-spreader event. Hell, I went to EDC that weekend not knowing I should have gotten tested

One simple message could have potentially saved many lives

Bonomo thinks the act was “grossly negligent“, considering that the WSOP could become a super-spreader event because of its size. The three-time WSOP bracelet winner did not mention any names in his tweets, but the guessing game didn’t last long as Chris Hunichen immediately outed himself as the player Bonomo was referring to in his posts.

Hunichen was quick to defend himself, saying Bonomo’s tweets were dramatic and overblown. The American poker pro said he had no idea he had the virus until he underwent a test right after the tournament. He also shared that he even hung out with his wife, friends, and relatives after playing in the event and all of them tested negative.

Justin is talking about me here! First, this is very dramatic and overblown. I didn’t know I had Covid until after the 50k. After playing, I hung out with 7-8 of my best friends as well as my wife and cousin. I smoked hookah, blunts, joints etc with everyone. Also was in much https://t.co/WRzcwJV87R

Hunichen, known in the poker world as “Big Huni“, said anyone he came into close contact with at the WSOP, including Bonomo, probably would have tested negative as well. While he acknowledged that he should have disclosed his positive result, Hunichen doesn’t see any problem with keeping it private. He also said that he was too occupied battling the disease and trying to survive while confined at the hospital.

3) Tested positive then I understand the point here, but if all of them are negative there is no way anybody from the 50k was infected by me. I also was very fucked up from covid and was focused on staying alive and out of the hospital. In hindsight, I probably should’ve said

Whether or not Bonomo was being dramatic in his tweets, he has a point. People should realize how important it is to be honest about their health because it could literally save lives. Bonomo was also right when he said that vaccines don’t guarantee 100% protection from the virus, so there should be no room for complacency.

GGPoker ambassador Vanessa Kade also tested positive for COVID-19 last month, but she was allowed to take part in the WSOP Main Event as per the rules. She played during the weekend wearing a mask.