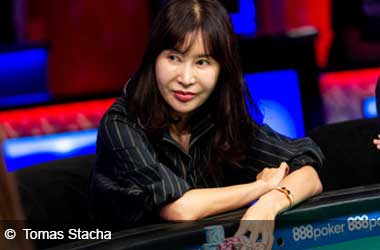 The event saw a great turnout as female poker players turned up in big numbers which led to a total of 968 registrations.

The field was made up of predominantly female poker players from the United States but there were also a number of other countries represented at the table. In the end, it was South Korean poker player Jiyoung Kim who made it to the final table and held her nerve to go all the way and win her first WSOP event.

The final three players at the table were French poker player Sandrine Phan, American Nancy Matson and Kim. The three players battled it out for over an hour before Kim took out Phan who received $72,821 for her third place finish. It was a victory for Phan who was playing her first WSOP.

Kim had the advantage in chips when playing Matson and she used it well. It did not take long for her to come out on top and win her first WSOP bracelet. Kim took home $167,308 in prize money for her first place finish and Matson also took home a nice payout of $103,350.

The South Korean poker player was thrilled with her victory as he previous best was at a WSOPC event in 2016 when she cashed out for $580. Her victory is special because this is only the second WSOP bracelet that a South Korean player has won. The first bracelet was won by Sean Yu back in 2017.

Dreams Do Come True At The WSOP

Kim has had to travel extensively to play poker as locals are banned from gambling in South Korea. Her biggest payout prior to her 2019 WSOP Ladies Event win was back in 2016 when she won an event in the Philippines which paid her $21,939. She was delighted to secure a 6 figure payout and says that she will be giving her mother her winnings.

Kim is not a professional poker player. She runs a coffee shop in South Korea and has been playing live tournaments for the last four years on the side. As of now she is not sure if she will play the 2019 WSOP Main Event!