Female Poker Pros Getting Much Needed Boost From PLON

Female Poker Pros Getting Much Needed Boost From PLON 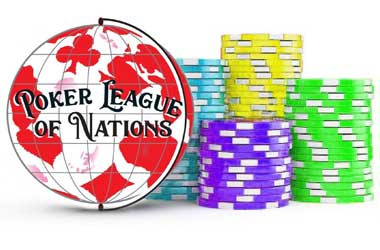 Over the years, the poker industry has been dominated by men, with women only representing around five per cent of open tournaments.

Previous efforts to close the gap have been met with little success and female poker pros have been neglected by poker operators.

It is widely accepted that the industry needs to do more to encourage female participation in higher-level tournaments. Thankfully a new women’s poker organization known as Poker League of Nations (PLON) emerged last year and has since been leading the push to put more women on the global poker scene.

We decided we needed to make a real concerted effort to engage more women, because we’re traveling, and we’re not seeing as many women as we would like to see. We are the only organization doing this in earnest — not only hosting ladies events, but actually putting women into open events

PLON started out as a small group of women who are into poker. The group initially had 300 members, sharing resources and information about the game as well as holding discussions on poker events. However, founders Lena Evans and her friend Maureen Bloechlinger felt the urge to step up their efforts to encourage more women into the game.

PLON now has over 2,500 members coming from 25 countries. Staying true to its commitment of increasing female participation in poker, the organization sent a delegation to the WPT Women’s summit which took place in Los Angeles in August. The members got the chance to rub shoulders with Angelica Hael, WPT Vice President of Global Tour Management.

A survey conducted by PLON to hundreds of female players has revealed the main hurdle for women is neither harassment nor the environment, but insufficient bankroll. Evans and Bloechlinger said one of their goals at the moment is to create opportunities for women to play in open events which would not require them to fork out as much money.

The duo believes satellite events could open the gates for more women players to participate in huge buy-in tournaments. PLON’s staking model guarantees all satellite participants a chance to compete in higher-level events. In addition to getting the needed funds to play, women players would also have the full support of the PLON community through their whole journey. Winnings will then be shared accordingly.