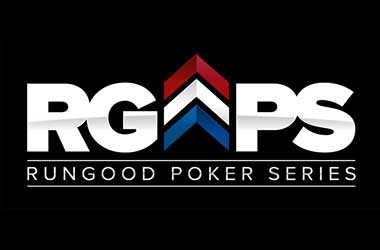 Since June 2021, the RunGood Poker Series (RGPS) has been bringing live poker action to various locations around the US after taking a break for more than a year due to the pandemic.

This year, the tour has completed four events thus far with more to come, and next week, it will travel to South Florida for its latest stop.

RGPS is set to host a tournament series at the Seminole Casino Coconut Creek from April 21 to May 2. This marks the second time that the tour is running an event at the venue. Back in August 2021, the RGPS team headed by founder Tana Karn visited the East Coast for the first time by holding an All Stars Comeback Tour at the Seminole Coconut Creek.

While the schedule is mainly No-Limit Hold’em, there’s a Pot-Limit Omaha tournament being thrown into the mix. The $200 buy-in, $5K GTD PLO tournament takes place on May 1.

The series wraps up via a $20K GTD Double Green Chip Bounty NLH which has an entry fee of $200.

The RGPS series will culminate in the RunGood Main Event which gets underway on April 28 and features three starting flights. The tournament costs $1,100 to enter and comes with a $200,000 guarantee.

The 2021 RunGood Seminole Coconut Creek Main Event which took place in August was won by Raminder Singh for $45,416. He agreed to a heads-up deal with Timothy Miles who also took home the same prize.

The $600 buy-in tournament attracted 519 entries to generate $275,000 in total prize money, surpassing its initial $200,000 guarantee. This time around, the Main Event entry fee has been increased to $1,100 which means the tournament could end up doubling its guarantee if it attracts a field of the same size