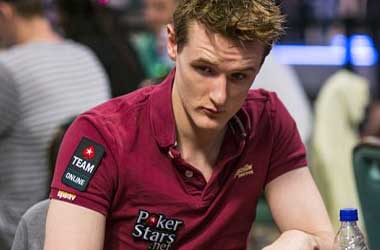 PokerStars proposed changes to its VIP program and Supernova Elite system from the 1st of Jan 2016 has been controversial to say the least.

The biggest online poker website in the world decided to make a number of changes with the objective of providing its players an even better online poker experience. Thousands of online poker players think otherwise and have voice their displeasure on numerous poker forums and over two thousand online poker players from around the world organized a strike between the 1st and 3rd of December to protest against these changes.

While PokerStars has gone on record to state that the strike had no impact on their online poker traffic or revenue, these player protests have brought a lot of negative press to the brand who is looking to launch operations into the New Jersey market after being banned from the garden state for a number of years.

Online poker pro Alex “Kanu7” Millar was part of the Team PokerStars brand ambassadors and one of the players who did his best to help make PokerStars management understand why players were upset over the new policies. Last week Millar announced that he decided to resign from PokerStars as he felt that he had not had much of an impact in representing the views of the players. He is the second UK poker player who has resigned from Team PokerStars over the fact that the company’s values no longer aligned to what he wanted to represent going forward.

Millar stated that he wasn’t a fan of the proposed changes to the Supernova Elite system and believed that it would not have much of an impact in making the online poker experience better.

He felt that PokerStars was being unfair to the players, especially VIP players as the new policy would impose massive reductions in their earnings. Millar also stated that these changes would not have much of an impact on him personally as he is not a high value player but he still felt wronged and did not want to represent a company who wasn’t willing to take feedback from its team of poker pros.

In a statement, Millar said

I was actually already questioning my affiliation with the site before the changes came out. My contract expired before the changes were announced but I wanted to wait for the resolution of a few things before deciding if I would sign another one. I have not been impressed with the direction of the site since Amaya took over. Then the changes were worse than I could possibly have guessed, so it became very unlikely that I would stay