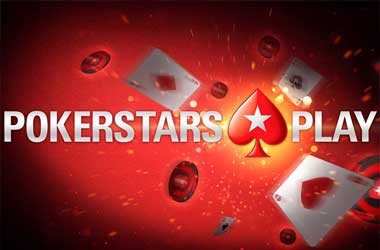 There have been a lot of updates on ‘PokerStars Play‘ App since December 2017.

The free casino and poker app offers an improved experience for its U.S. and Australian users who can hone their poker skills against players from all over both countries for free. Since the app was launched,

PokerStars introduced poker leagues for players of varying skills in December 2017. Competitors climb a leaderboard which takes them to different tiers. They started to test out live games that feature live streaming video of live dealers this past February and this gives players a very realistic poker experience. PokerStars proceeded to overhaul their poker challenges in April so that players are tasked with completing daily challenges to win rewards and unlock other bonuses.

The iOS and Android platforms were also rolled out along with VIP points and XP boosts that help players rise through the ranks. From May 2018, PokerStars began to give away bonus chip to players who finish in the leaderboard’s “Safe Zone” and then they added Fast Track Goals the following month. When the app was released in July, additional league tiers were added and players got a preview of the Poker Star ranking feature.

Live Games is an exciting feature that was launched in August. In live games, players are able to enjoy a realistic casino experience including real-time dealers and poker games with various twists. ‘PokerStars Play‘ also changed the payout formats of their Spin ‘n’ Go games which now offer a bigger average payout and a better chance of competing for those higher payouts. This enables players to rise through the leaderboards a lot faster.

Only Accessible In Australia And U.S.

The ‘PokerStars Play‘ app is a great way to practice poker and develop your skills and it just gets better with every update and improvement. It looks like PokerStars will be adding even more features in the future. The ‘PokerStars Play‘ app is now available for Android and iOS mobile devices but it is only being offered to residents of the United States and Australia. It may become accessible in other countries in the near future.