PokerStars has teamed up with champion sprinter Usain Bolt for the promotion of a new offering. The world’s top poker site has been long in the practice of partnering with celebrities and champion athletes for endorsements and Bolt is the latest of them.

The fastest man on the planet and the winner of 8 Olympic Gold medalists ended his outstanding career earlier this month when he finished in third place at the World Championships in London, England. Bolt could not finish his final race at the Championships as he suffered an injury in the middle of the 4x100m relay and could not have a dream ending.

However the fastest man on the planet is now looking forward to new ventures post retirement and one of them is partnering with the biggest online poker website in the world.

The Zoom Usain Bolt Edition is PokerStars’ first celebrity-branded table offering. The new tables remain same in terms of game structureas the regular ones, but the difference is that they have been linked to promotional scheme that offers players a chance to win up to $15,000. The promotion is on until Sept. 24.

Usain Bolt said on the occasion that he was very excited to launch the special edition of Zoom tables for poker fans, adding that it was a non-stop fun and competitive poker game. Zoom Poker is PokerStars’ version of fast-fold poker where players are allowed to fold their hands at any point in time and move on immediately to an entirely new hand at another new table with other Zoom players. The biggest benefit of the game is that the action is constant which is likely to appeal to recreational players.

In a statement David Carrion, PokerStars Director of Marketing said

Zoom is the world’s fastest poker game and is one of the most popular games as it gives a fast, intense poker experience and that adrenaline rush. Usain Bolt is the ideal fit for this game and having the world’s greatest sprinter on board will bring a whole host of players to the game.

Under the special Usain Bolt Edition, players will be able to compete in the daily and weekend challenges named ‘Road to Glory’ during the promotion period. Lucky winners can get up to $5,000 in the weekend challenges but this prize money can be tripled if the players also net all the weekday challenges.

For tournament players, PokerStars is planning on running $1,500 Zoom freerolls three times a day through to October 16. 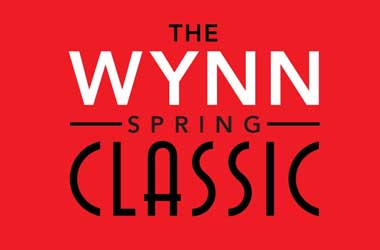