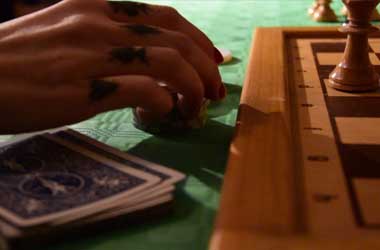 PokerStars has come up with a number of innovative ways to promote its PokerStars Players No Limit Hold'em Championship (PSPC) which is scheduled to take place in the Bahamas in January 2019.

This is the inaugural event of the PSPC which is being billed as the biggest poker event in the history of the game.

One of the ways that PokerStars is promoting the PSPC is by offering Platinum Passes worth $30,000 each. The $30,000 package includes the $25,000 buy-in to the tournament, $2,000 in travel expenses and 6 nights’ accommodation at Atlantis Resort, Nassau.

PokerStars has teamed up with Chess.com to put together a really cool event that will end with one lucky winner walking away with a Platinum Pass. Daniel Negreanu and Liv Boeree who are brand ambassadors for PokerStars will partner with chess masters WGM Jennifer Shahade and IM Danny Rensch to play in what is being labelled as a ‘hand and brain match’.

Negreanu and Shahade will partner to take on Boeree and Rensch on October 14 in a 5 game match that will be live streamed on Twitch. Chess and poker players have already submitted their contest ideas to win a Platinum Pass and the winner will be announced after the event.

The contest involved submitting design ideas of bringing together the elements of chance and chess.

In a statement, Rensch said

As by far the worst poker player in the event, I'm glad we're playing chess! It's been a true honor to help judge the finalists of the #MyChessPokerGame Platinum Pass Adventure and we hope this is just the beginning of more exciting collaborations between the global chess and poker communities

The games will be timed and a total of 10 minutes plus five second increments will be given to each game.

During the game, Rensch and Shahade will showcase the game designs of the six finalists and provide a demo of their rules and strategy. The chess game and demonstrations are expected to last for around 2 hours.