PCA To Make A Return In 2018 Due To Player Demand

PCA To Make A Return In 2018 Due To Player Demand 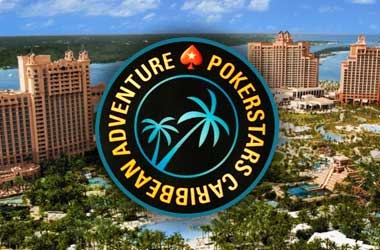 PokerStars has announced that it is bringing back its popular PokerStars Caribbean Adventure (PCA) that had been replaced earlier this year. The PCA has been held since 2004 in the Bahamas but was replaced this year with a new stop under the PokerStars Championship banner, which is the new live event program initiative from the company. The format was also tweaked to fit into the structure of the new PokerStars Championship.

PokerStars had consolidated and rebranded several regional tours including the European Poker Tour and the PCA under two new banners which were PokerStars Championship and PokerStars Festival. PokerStars received a lot of player comments asking for the PCA to be restored. Many players were particularly unhappy with the $5,300 buy-in for the 2017 PokerStars Championship Bahamas Main Event which they felt was very low.

The PCA used to have a Main Event with a buy-in at $10,300. Now due to customer demand, PokerStars has said that the PCA will be back with its winning formula in 2018. In a statement, Eric Hollreiser, PokerStars Director of Corporate Communications said

This feedback included suggestions that we restore the PCA name and improve the quality of that event to reflect the great heritage and unique experience that made PCA one of the most- anticipated poker events of the year. We’re restoring the name and reinvigorating the event to ensure it remains a premier poker festival

As has been the case in earlier years, the PCA will take place at the Atlantis Resort on Paradise Island in the Bahamas and is scheduled to be held from January 6 -14, 2018. The company has said that the 2018 edition will feature 31 events and the Main Event will return to the usual buy in of $10,300. The PokerStars Championship Bahamas had a total of 98 events which proved to be a little too much for the players. The PCA 2018 edition will have a total of 31 events.

The 2018 PCA will also be more lucrative for players as the organizers have slashed rakes by around $300,000. All players participating in at least one PCA event will receive a chance to join a special $50,000 freeroll being held on January 14 at the venue. Players were happy to see PokerStars bring back the popular PCA. However a number of players said it was a step in the right direction but noted that the final verdict was possible only after the conclusion of the 2018 PCA.