Pokercode Gives You The Chance To Play Against Top Players Next Month August 9, 2021 Gabrielle Monet 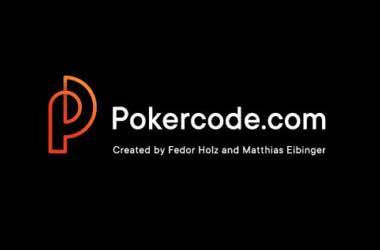 Ever fancy sharing the same poker table with some of the world’s best poker players? Pokercode, a poker training site founded by German poker superstar Fedor Holz, is hosting a major festival this September, and it’s giving you the opportunity to compete with the elites!

The first-ever Pokercode Festival will run from September 9-12 at the Banco Casino in Bratislava, Slovakia. It will be headlined by a €550 buy-in Main Event which features a guarantee of €125,000.

Apart from that, there will also be a €220 buy-in Bounty King, as well as a €5,000 High Roller event to keep you busy throughout the four-day-festival. That’s in addition to some off-the-felt activities, such as a Player’s Party, Pub Quiz, and a Soccer Tournament. It will be a period of competition and fun, opening up huge opportunities for players.

The main highlight of the festival is the €550 buy-in Main Event, which features three starting flights running on September 9 & 10, with the finale taking place on September 12.

The Pokercode team consisting of Holz, Matthias Eibinger and Rainer Kempe are expected to take part in the tournament, alongside other popular names such as Mario Mosboeck, Simon Ronnow Pedersen and Steffen Sontheimer, all of whom will also most likely participate in the €5,000 High Roller event.

So for those of you whose ultimate dream is to lock horns with the best poker players in the world at a reasonable buy-in, this is your chance!

The festival opens with the first starting flight for the €550 Main Event (September 9). The opening day also includes a community evening and welcome lounge & drinks for players. Day 1B and Day 1C of the Main Event will take place on September 10, accompanied by the Pokercode Pub Quiz. Day 2 of the Main Event is scheduled for September 11, during which the €220 Bounty King side event and the €5000 High Roller tournament also take place.

The Main Event winner will be crowned on the final day, September 12, with the Pokercode team also hosting a soccer tournament to wrap up the festival.

Those who pre-register via the Pokercode website on or before August 15 will receive cool prizes, such as free merchandise, a special event pass, as well as free one-on-one coaching. Pokercode is also offering limited accommodation packages for the early birds, so make sure you check out the details by visiting pokercode.com.