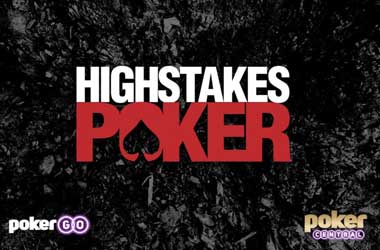 A once popular televised poker series is set to make a comeback after nine years! High Stakes Poker which ran on the Game Show Network between 2006 and 2011 has now been acquired by Poker Central.

The acquisition will lead to the creation of new episodes for the fan-favourite cash game show which will stream on the PokerGo app, alongside other potential streaming partners.

In a press release, Poker Central stated that it will also stream previous episodes of the show in the coming months. Poker players and fans will now be able to relive some of the most exciting high-stakes poker actions on TV, participated in by the poker elites, including Phil Ivey, Phil Hellmuth, Daniel Negreanu and Doyle Brunson, as well as other poker-playing celebrities.

High Stakes Poker began airing in 2006, with the first season of the show taped at the Golden Nugget in Las Vegas. It quickly gained attention due to its unique format, where the participants battled it out in a high-stakes cash game instead of the traditional tournament setting. It ran for seven seasons comprising of a total of 98 episodes and became the most popular TV poker show ever. The show’s hosts included AJ Benza, Gabe Kaplan, Kara Scott and Norm Macdonald.

In 2011, when the US government conducted an intense crackdown on illegal offshore sites (including online poker operators), Game Show Network lost a number of major sponsors, causing it to terminate the cash game show. This day is commonly referred to as Black Friday.

With fresh episodes currently in the pipeline, Mori Eskandani, the original producer of the show, said poker fans have long been wanting to see the show back on the screens and now that dream has finally come true.

Eskandani now works as PokerGO’s executive producer and will help facilitate the show’s comeback. He is equally excited for what the new episodes would look like. Eskandani also originally produced Poker After Dark which also made a return to the TV screens and is currently running on PokerGO. However, unlike the previous version of the show, the new episodes are now much longer and aired in live-stream format.

It remains to be seen whether or not the new season of High Stakes Poker will take a similar route. The guessing game now begins on who will be on the broadcast booth. Poker Central will announce further details very soon.