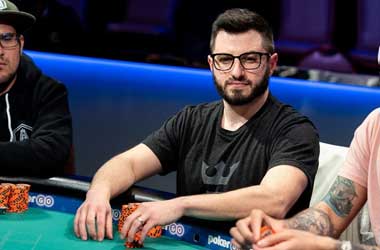 Phil Galfond isn’t as active as other high-profile poker pros in terms of sharing updates about his life and career.

The last big announcement he made was in relation to the sale of Run It Once (RIO), the online poker site he founded, to American gaming firm Rush Street Interactive.

Since then we haven’t heard much from Galfond as to what’s next for RIO. He also rarely posts updates about the popular “Galfond Challenge” where his match against Dan “Jungleman” Cates has yet to resume.

But that’s not to say his presence isn’t felt on social media as the three-time World Series of Poker (WSOP) bracelet winner has always been consistent at helping aspiring players improve their skills and learn more about poker by regularly posting insightful content on his YouTube channel as well as streaming some of his games.

Recently though, Galfond got the chance to talk about RIO and its current status in the US market, his pending PLO match against “Jungleman” and whether he is interested in becoming Phil Hellmuth‘s next challenger on High Stakes Duel.

PLO Match Against Cates Will Proceed

As to his pending match against Cates, Galfond said it will proceed, though he couldn’t exactly tell when at this point. He said he would try his best to sort out his schedule and make room for the match. When it finally happens, both players will stream the action, Galfond added.

Galfond also said there are currently no major developments to share about RIO. He mentioned though that his team and those at Rush Street are still working hard to get things together and prepare the site for its future launch in the US. Though he no longer has ownership control over RIO, Galfond retains his key role at the site and will serve as its ambassador.

Galfond also talked about High Stakes Duel, and whether he’d like to join in on the action. He said he is for it but not now, and not as a replacement for Scott Seiver who recently backed out of his rematch against Hellmuth. Jason Koon was chosen to take Seiver’s seat and face the Poker Brat on a still unknown date. If Hellmuth wins the game he can decide to take the $1.6 million pot and decline a rematch.

Galfond said he’ll play on the show at some point and would like to have three shots.