New Association “Fairplay” Will Look To Combat Cheating in Poker

New Association “Fairplay” Will Look To Combat Cheating in Poker 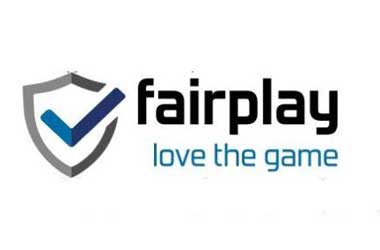 In a bid to stop cheating in poker and maintain the game’s integrity, a new independent organization comprised of live and online poker operators will launch soon. The new alliance will be known as Fairplay.

The latest idea was announced by The Dusk Till Dawn owner and partypoker partner Rob Yong.

In a tweet, Yong launched a survey asking followers to share their views on the potential success of the new initiative which is aimed at getting rid of cheats, colluders and bots. The majority of the poll respondents (80%) approve of the idea, while the remaining 20% either don’t care or don’t think that the concept will work.

Fairplay will operate as a non-profit and will work to ensure an honest and fair gaming environment for players. Operators will share information on those found to engage in malicious activity. While Fairplay’s intention is geared towards player protection, critics are raising concerns over the exchange of data from one poker room to another, citing a possible violation in the Terms of Service between the original poker room and its customer.

The General Data Protection Regulation (GDPR), a regulation on data protection and privacy for all European Union (EU) citizens, can also become a possible obstacle to the Fairplay proposal. These issues are currently being examined by a legal team.

partypoker LIVE President John Duthie said that to avoid data breaches, all members of the Fairplay alliance will make it clear in their Terms of Contract that players found to be cheating or violating the TOCs will have their personal information shared with Fairplay.

Fair and Safer Environment for Players

partypoker recently went through a major software update which included a ban on heads-up displays (HUDs) and the outright elimination of hand histories. Players were required to change their screen name and start fresh as part of the update. The bold move by the world’s second-largest online poker website sparked criticism particularly among players and companies that use and promote third-party tools to gain profits.

MVS, a gaming software firm that develops poker tracking tools such as Poker Tracker and Hold’em Manager, lashed out at partypoker for its decision to remove hand histories. The company said hand histories have been helpful in detecting collusion and unscrupulous play, but partypoker remained steadfast in their goal to provide a level playing field for everyone.

With all the cheating issues and anomalies plaguing the world of poker, the Fairplay initiative appears to be a step in the right direction.