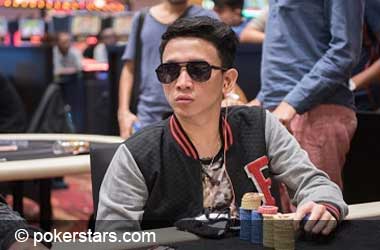 The poker scene in the Philippines is bound to see a massive spike in interest as Filipino poker pro Mike Takayama entered the country’s record books after he became the very first Filipino to win a World Series of Poker (WSOP) gold bracelet.

It has been a good year for Takayama, who has managed to ride his poker momentum straight to the top of the WSOP. Over the weekend, Takayama won his very first WSOP gold bracelet during Event #59: $1,000 No-Limit Hold'em Super Turbo Bounty at the Rio All-Suite Hotel and Casino and took home his biggest cash ever of $198,568.

The Filipino pro was able to outlast a huge field that saw a total of 2,065 entries and included notable pros such as Mike Watson, Phil Hellmuth, Scott Davies, Phil Laak and 2018 Player of the Year forerunner Shaun Deeb. But none of these pros made it as deep as Takayama. They all busted before the final table, which was comprised of five Americans, one German, one Brit, one Italian, and one Filipino.

In the end, the Filipino pro who was playing his first WSOP outlasted them all and beat Italian Lorenc Puka who finished in 2nd place with $122,627. Matthew Smith finished in third place and took home $88,938, while Steve Jelinek finished in 4th place with $65,145.

Before winning the Super Turbo Bounty, Takayama also cashed in at the $1,000 NLH Double Stack Event, where he won $17,814 for finishing in 32nd place. This gave him a lot of confidence as he was already riding a wave of success that included 22 cashes and 3 first placers at events across the Philippines and Macau in the first half of this year.

Takayama choose to use a very bold and courageous strategy throughout the event as he went all-in twice during the final table.

In a statement, Takayama said,

I had two specific hands were I got the suckout. I got a hefty stack after that, and I just kept on building it up. I'm very happy because winning the bracelet is everyone's dream. I'm the first Filipino to win a bracelet, so I'm really, really, really happy about that

Takayama says he plans to use his freshly boosted bankroll to enter the 2018 WSOP Main Event.