Poker Staking Websites That Will Fix You Up For The 2018 WSOP October 2, 2018 Adrian Sterne https://top10pokersites.net 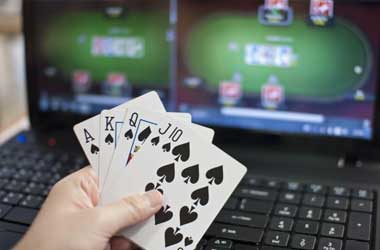 Poker staking websites are a popular choice for those who are in need of a quick cash infusion. This is especially so with the rising stakes of modern poker tournaments. Over 90 percent of today's poker players have admitted that they have been staked or have staked other players.

Poker staking's closest analogy is investing. An investor would put money in a business and hope to get their money back.

In poker staking, a person staking a player's buy-in is known as the backer and the poker player they back will be their investment. Should their poker pro end up winning, the backer will be able to get a part of the winnings. Their share depends on how much the backer and the player have earlier agreed on.

Early poker staking was done via hand-shake deals between players and poker fans. In the early days, this was quite controversial, with a lot of broken deals and misunderstandings. It has changed a lot, with the opening of poker staking sites – which have made it a lot easier to find staking partners and proceed with legal agreements.

With the 2018 World Series of Poker fast approaching, players will be looking for money to fund their WSOP events. We take a look at some of the popular poker staking websites.

One of the first poker staking sites that hit the market was ChipMeUp.com. This online stake website has been in operation for a decade now and is owned by PokerNews. This is one of the most credible online poker staking websites in the market and gives great info via its forum for backers to analyze which players they want to back.

Opening its doors in 2013, YouStake.com is more than just poker staking. It allows for sports staking and operates on a sports crowdfunding platform. It safeguards both players and backers with a secure marketplace. Several high-profile tournament poker pros have been backed by the site. This includes WSOP Champion Jamie Gold and WPT Bracelet holder Mike Leah.

This is one of the more recent online staking poker websites. PokerShares launched only in 2017 but has turned out to be very popular because it allows people to stake any player anywhere in the world. Backers just need to send off a request and the site will give them the rates on the player.

This staking website is very straightforward. Players create packages, where they price their shares and then display the same on the site. This gives players an edge as they don’t need to go look for backers but instead have the option of waiting and getting backers to come to them.

So if you are looking for someone to stake you to the 2018 WSOP, have a look at some of these poker staking websites.