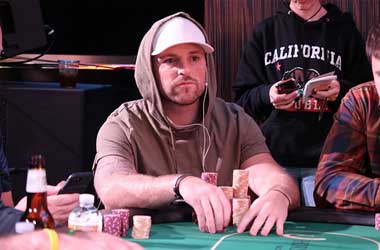 The 2022 World Series of Poker (WSOP) continues at Bally’s and Paris Las Vegas with multiple winners already crowned, including Mike Jukich who took down Event #21: $1,500 Monster Stack No-Limit Hold’em for $966,577.

That win also gave him his maiden gold bracelet.

Jukich triumphed in the $1,500 buy-in tournament after 14 grueling hours on the final day, battling it out against the likes of Joao Simao and Anthony Spinella, both of whom are former WSOP champs.

Jukich, a resident of Lynchburg, Virginia, is no stranger to the WSOP. He is already a ring holder, having won a WSOP Circuit event in Baltimore back in 2018, but winning his first gold bracelet feels extra special.

The road to victory wasn’t smooth for Jukich as he started the day being among the short stacks. Scoring a double became the defining moment for the now-bracelet winner, and from there he did his best to survive every challenge that came his way, including a thrilling hand in the finale where everyone thought he’d end up in second place.

Jukich dedicates his bracelet victory to his fiancé and his son, both of whom weren’t able to accompany him to Vegas due to a scheduling conflict.

Nine players made it to the final table, and Portugal’s Ricardo Caridade was first out. His ace-queen lost to the ace-king of Spinella to finish 9th for $94,439. Jukich scored his first elimination at the final table when he busted Jessica Teusi in 8th place with pocket sixes against ace-six. Teusi earned $120,455 for her performance.

Jukich proceeded with his second knockout of the day, this time it was Yoshiya Agata who had to leave, finishing 7th for $154,688. Agata was followed by David Zarrin who finished 6th for $199,995.

Spinella failed in his quest for another gold bracelet as he settled for 5th place, collecting $260,315. Fellow bracelet winner Siamo followed Spinella to the rail, the Brazilian taking home $341,095 for his 4th-place finish. The three remaining players became just two when Francis Anderson bowed out of the game in 3rd place for a $449,912 payday.

As heads-up play drew to a close, Jukich took a commanding lead when he hit a two-outer all-in on the river, spoiling Mateusz Moolhuizen‘s chances of winning his first bracelet. Mike Jukich made his victory official on the very next hand.