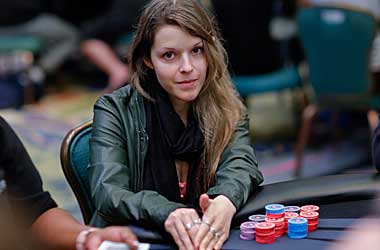 The PokerStars Caribbean Adventure (PCA) made its welcome return and once again drew some of the best poker players in the world.

The PCA Main Event which is the highlight of the poker tournament saw a total of 582 player registrations. The buy-in to the Main Event was fixed at $10,300 and with 582 registrations; there was a massive guaranteed prize pool on the line.

The Main Event was won by Argentinean poker pro Maria Lampropulos who took home over a million dollars and started her 2018 poker season with a bang.

Lampropulos received $1,081,000 for winning the Main Event along with a Platinum Pass estimated to have a value of $30,000. The 36-year old is the first woman to win the PCA Main Event.

However, this victory is not the first major win for the Argentinean as she won the partypoker MILLIONS Live event and took home $1,255,004 back in April 2017 after beating a playing field of 1203 poker players.

In a statement, Lampropulos speaking of her victory said

I am very proud. Every woman here– dealers, floors– every woman is very happy for me, and I'm grateful for that. I am very, very happy. I'm so excited. This is incredible. I know that this is hard to believe for everybody. It's my second huge main event, and I'm very thankful

The sixth day was the finale of the event and there were just six players left battling it out for the final prize. The final six at the table were Lampropulos, Shawn Buchanan, Koray Aldemir, Adrian Mateos, Daniel Coupal and Christian Rudolph.

The first to fall was Rudolph, who was eliminated in the sixth hand of the game. This was because Lampropulos called his bluff when he was holding an ace and an eight while she was holding a pair of sixes. He walked away with $229,760. The next player to be eliminated was Coupal when he went all-in against Buchanan. He took home $293,560. Mateos (who we mentioned yesterday will win the best GPI ranked American poker player award) and Aldemir were the next ones to be eliminated and that left Shawn Buchanan and Lampropulos battling it out for the first place and it took Lampropulos more than a hundred hands to emerge as winner.